by Michael Erskine with files from Petra Wall

WIIKWEMKOONG – Although his health had been faltering in recent months, Wiikwemkoong’s last Second World War veteran, Donald Joseph “Scotty” Fisher (Odjig), remained his upbeat and feisty self to the end—even serving as the poster elder for the COVID-19 vaccine on the front page of The Expositor when residents of the Wikwemikong Nursing Home received their shots, the first on Manitoulin to get the jab.

Mr. Fisher was the son of the late Dominic and Joyce Odjig, born on June 18, 1926 on the family farm in Wiikwemkoong in 1926. His father served as the constable in Wiikwemkoong Unceded Territories for 30 years up until the 1950s and his mishomis (grandfather) Jonas was a stone mason whose many works still stand testament to his skills to this day, including the family home.

Mr. Odjig’s family were originally Potawatomi, travelling from Wisconsin and Michigan to settle in the early 1800s in Wiikwemkoong.

Born in a different era, Mr. Odjig completed Grade 8 and left home at 14 to work in the timber camps near Sault Ste. Marie, a common career choice at the time for Anishinaabe men. “Working with older men, I did a lot of growing up in those two years,” he told The Expositor’s Petra Wall in a 2003 Now and Then column. Mr. Fisher was one of the very first people Ms. Wall interviewed for her then-new column in The Expositor.

It was hard and challenging work, he recalled of his time in the lumber camps, but it was also a time that set in place something that would become a hallmark of the young man later in life. “I also learned about kindness,” he recalled. “One of the men stacked some wood for me when my arms could do no more so I would meet my quota.”

The most common theme surrounding reminiscences of his friends and family in the community was that of his deep compassion and commitment to his community, especially the youth.

Mr. Odjig went on to spend two years in the camps before the outbreak of war and the promise of adventure led him to enlist in the Canadian army with his buddy John Mandamin. It was then that Mr. Odjig changed his last name to Fisher. He once related to The Expositor that his decision to anglicize his name was due to issues surrounding being able to enlist without a letter of support from the Indian agent. The lives of Anishinaabe were still heavily micromanaged in those days. Mr. Odjig had more than a bit of rebel in his soul and decided to circumvent those patriarchal rules.

His decision to enlist in the army was heavily influenced by his own father’s experiences in the First World War. It was the lifelong friendships and close ties his father made while serving overseas that set the hook. Mr. Odjig wanted to experience far away lands.

“I was so eager to get over there and see the same places he saw,” Mr. Fisher told Ms. Wall.

Mr. Fisher served in the First Canadian Paratroop Battalion, a unit in which the late Rene Cada of M’Chigeeng also served. Mr. Fisher returned from the war disillusioned with the whole affair and remained a devout advocate of peace for the remainder of his life. He had landed in the Rhine River region during the invasion of Germany and, like many veterans, would not revisit those experiences with his family or friends.

Upon his return to Canada, Mr. Fisher moved onto the other usual occupation for Manitoulin Islanders, the Great Lakes ships. Up until 1970, he served as a chief engineer on vessels plying the Great Lakes transporting iron ore. He learned that vocation through correspondence school.

“I had to teach myself,” he recalled. “There were no schools like that around. Education is important nowadays if you want to compete,” he told Ms. Wall.

An avid athlete and health advocate all his life, Mr. Fisher coached and organized minor hockey and worked with the youth in Wiikwemkoong. His arrival home from the boats is still recalled fondly by many older sportsmen in the community.

He is credited with transforming Thunderbird Park into what it is today and he organized many a blooperball tournament back in the day. He would often be seen jogging along the roadways and byways of his home community on his daily four-mile run, was a regular participant in the Wiky Road Race for more than a decade-and-a-half, and took up golf later in life. He went on to be instrumental in setting up Rainbow Ridge Golf Course with Dave Ham of Manitowaning.

After leaving his career on the Great Lakes, Mr. Fisher went on to work for Indian Affairs in 1974 as a government advisor, first in Manitowaning and then in 1980, moving to the United Chiefs and Councils of Mnidoo Mnising when those services were transferred to that organization. Mr. Fisher finally fully retired in 1988 after 17 years.

Mr. Fisher served as a band councillor for 16 years in Wiikwemkoong, but he never lost his thirst for adventure and exotic locales, travelling extensively around the globe and was a dedicated snowbird.

He is recalled by friends and The Expositor staff alike as a man for whom humour was in his first nature. He often spoke of laughter as a good medicine and was more than willing to provide a good dose of the same.

Mr. Fisher always felt he was lucky, but also a dedicated adherent to “you reap what you sow,” using the example of the time he locked his keys, and the hockey team’s gear, in the van while at a hockey tournament. Looking down he spotted someone else’s lost key that looked much like his own. Putting it in his lock he discovered it fit and the day was saved.

Mr. Fisher moved back to using Odjig, his Anishinaabe last name during his final years, coming full circle. He was the recipient of a Lifetime Achievement Award from the Anishinabek Nation in 2003 in recognition of his compassion and kindness for others.

Scotty Odjig’s was a life well-lived and one of his trademark sayings provides a window to this most remarkable man’s soul: “Have respect for people and leave them smiling.” 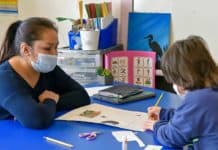 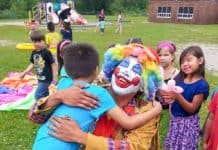