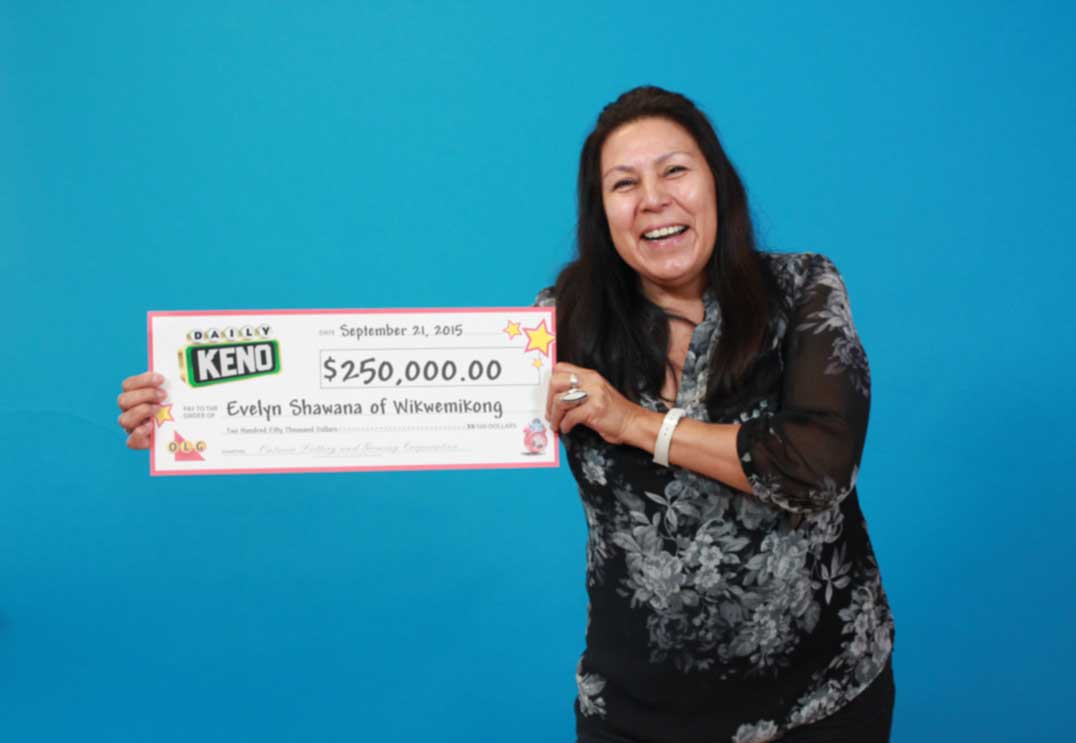 MANITOWANING—The Manitowaning Guardian Pharmacy has again proved lucky in lottery as one Wikwemikong First Nation resident recently walked away with a cool $250,000 from a Daily Keno draw.

Evelyn (Jean) Shawana played her way to win $250,000 in the September 16 Daily Keno draw. Ms. Shawana is formerly the proprietor of the Golden Scissors hair salon in Manitowaning and is the wife of well-known artist James Mishibinijima.

“My first reaction was not to tell anyone until we checked the ticket at the store,” admitted Ms. Shawana while at the OLG Prize Centre in Toronto where she picked up her winnings. “My husband and I usually check our numbers from our home computer and when they started matching up, we just stared at each other in disbelief.”

Ms. Shawana plans to use her windfall for house renovations, adding, “we definitely want to share this prize with our kids too.”

The winning ticket was purchased at Manitowaning Pharmacy on Arthur Street in Manitowaning where not too many years ago, this same pharmacy dispensed a $1 million Instant Bingo ticket to the late Lorna VanHorn who had dropped by the store on a whim and bought the ticket on her way to play actual bingo in Sheguiandah.