I believe that Manitoulin Centennial Manor (Manor) has an important role to play in our community of Manitoulin as our municipally run long term care (LTC) facility. When the Manor’s board of management called a meeting for May 30 to discuss their reported $1.2 million accumulated deficit, they invited all municipal councillors and the public. I prepared myself for the meeting by learning all I could.

I therefore wrote a letter to the Manor’s board of management the next day, expressing my concerns, asking for clarification, and requesting additional information. I had to provide additional encouragement so as to coax the board to respond, and then wait for four months, but I finally received an answer from the Manor’s board at the end of September. The board thanked me for my interest, but refused to answer any of my concerns or questions.

I was surprised and saddened by the board’s non-response to my concerns. Since then, I have written back to the Manor’s board, requesting them to re-consider their refusal to answer my questions.

For example, according to Ontario regulations, all LTC residents should receive at least two baths per week, unless the doctor has expressly ordered otherwise. One of the questions I asked the board was whether this mandatory requirement was being consistently met by the Manor’s staff. The board refused to discuss this issue. I wonder why?

There are 122 pages of Ontario regulations that the Manor’s staff are responsible for fulfilling every day for its residents. It’s a big job. I believe the Manor’s staff wants the administrator and all board members to understand and 100 percent support the staff in the care they deliver for the Manor’s residents. I believe that goal would be easier to achieve if the board members become more concerned with the daily care issues, and they occasionally read the 24-hour report.

I think the Manor and its board of management should be run in an open and accountable manner. I believe that each and every board member has a duty to personally ensure that the Manor’s residents are properly cared for. This is no place to make assumptions, nor rely on second hand info, nor merely hope for the best, nor accept ambiguous answers or generalities. The residents of the Manor depend upon the staff and board members to ensure the care they receive meets all mandatory requirements for LTC facilities, as defined by Ontario law and good nursing care practices.

In the end, it doesn’t matter what I believe, for I am just one individual. However, as a group, the taxpayers and residents of Manitoulin do have a say in how the Manor should be operated. Many of the Manor’s residents are unwilling or unable to advocate for themselves, and therefore they need the support of their families and the public. I encourage everybody to discuss the Manor amongst their friends and family members, to talk to the Manor’s board members, and let your municipal councillors know how you want the Manor to be operated. If nobody else will listen to you and your ideas, then call me, for I welcome your feedback.

I hope that the Manor’s board members will listen to the public, if the public chooses to speak. 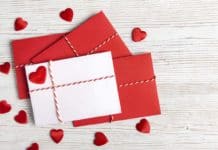 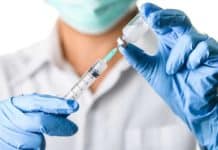 Manor, Manitoulin Lodge residents, staff to be vaccinated by February 5 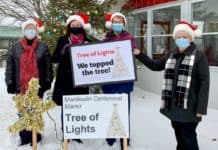 Tree of Lights campaign boosts quality of life at Manor