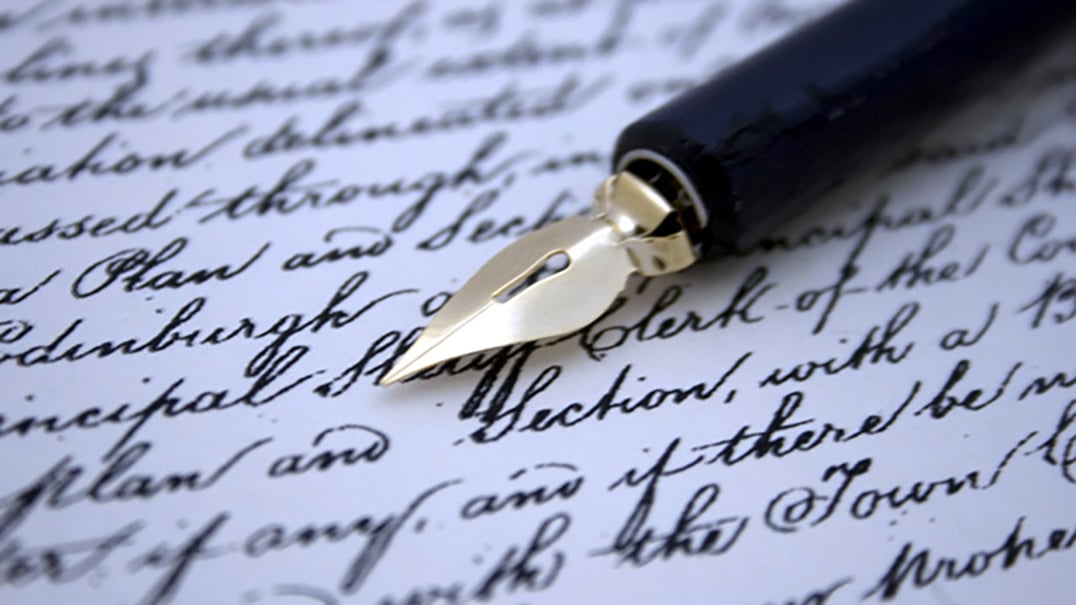 MANITOULIN— To mark the 10th anniversary of the Manitoulin Writers’ Circle, the Gore Bay Museum and the Island writers’ group are collaborating on a year-long project to celebrate the vanishing art of handwriting. From October 2015 to June 2016 participants will write letters in longhand on a variety of themes. Then in July 2016 the letters will be exhibited and read out loud during a public open house at Gore Bay Harbour Days.

No doubt, many people believe the cursive script, the method that connects letters in rapid, flowing motion, is dying. But others driven by nostalgia or an enduring artistic sensibility agree that handwriting is so much more than just the message.

According to letter collector, Andrea Gordon, people who mourn the loss of handwriting are fighting a losing battle. Writing in the Toronto Star in 2009, she noted that modern students are unlikely to embrace the mode of communication so dear to their grandparents. Keyboards are here to stay, she emphasized. So we are advised to savour the old love letters hidden in drawers or the letters from the front buried in the bottom of trunks. In her view, they are precious artifacts and they will never be duplicated.

Ms. Gordon also points out that neuroscientists value cursive writing for a number of practical reasons. Experts underscore the fact that writing with one’s own hand is beneficial in building cognitive skills. Handwriting reinforces reading and spelling, develops motor memory as it becomes automatic, teaches students to focus and may help them remember what they learn.

In her article, Ms. Gordon reflected on a stash of correspondence she had saved and examined studies published in neuroscience magazines. She was fascinated to discover that learning to write cursive calls upon many areas of the brain and that people recognize handwriting the same way they distinguish faces. Writing is a whole brain enterprise, she stresses, since the learner has to recall information that they have seen and heard and form thoughts. In handwriting, the motor cortex in the frontal lobe directs movement and acts in concert with other regions that provide sensory information.

The Manitoulin Letter Project is modelled on a similar festival held in Knowlton, Quebec. To participate in the handwritten arts project, contact the Manitoulin Writers’ Circle at 705-282-1714. Regular meetings are held at the Gore Bay Harbour Centre the last Sunday of the month from 2 to 4 pm.