MANITOULIN EAST—The Young Eagles took to the sky once more as the annual event landed at Manitoulin East Municipal Airport on Haweater Weekend.

Saturday morning saw a number of families attend for the opportunity to take a short flight over Manitoulin.

“It was a bit nauseous, but a lot of fun,” said participant Adrian Manitowabi.

“The main goal of this event is to promote aviation,” said George Dobbs, airport manager. “It gives the local residents some benefit of having an airport here, some fun for the kids.”

Youth aged 8 to 17 were welcome to participate in a free flight during the event. Four pilots were on hand to facilitate the flights. Two were staff members at the airport, one came in from Timmins and the fourth came from Sudbury.

“The pilots that come here volunteer their time and their aircraft,” said Marcel Gauthier, chair of the Airport Commission. The commission covers the pilots’ fuel costs.

The weather was picture-perfect on Saturday morning. It was bright and sunny with only a minimal breeze and very high clouds. The conditions offered great views of Little Current, a highlight for participant Luka Brisebois who had come with his family from Lively.

“My favourite part was looking at all the houses and stuff. Everything was tiny,” said Luka. It was his first time ever being in a plane.

Mr. Dobbs said their luck with the weather seems to follow a two-year cycle, offering perfect conditions roughly every other year.

The Expositor asked Luka if he would ever consider getting his pilot licence. Although he wants to become an architect, Luka said he might get his licence just for fun.

That idea intrigued his parents, who joked about being taxied around with their son. But Luka had other ideas. 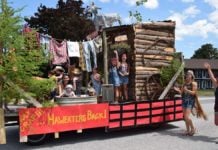 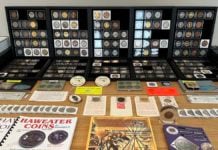 Haweater Weekend 2020 to be full of fresh, festive family fun 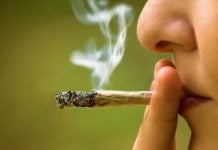