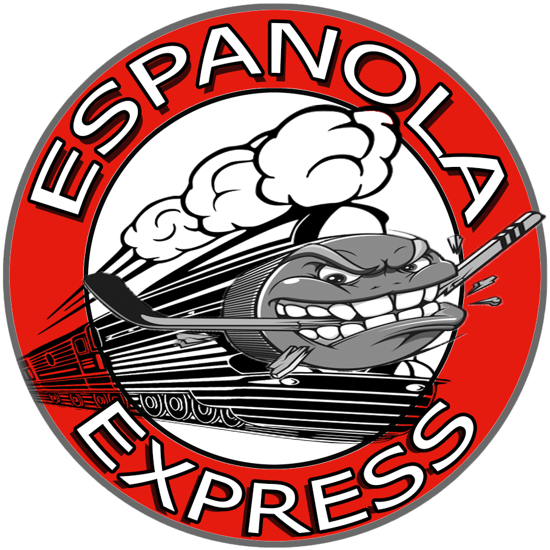 Under veteran coach and former NHLer Tom McCarthy, the club will look to build on previous success the community had back in 2013-14 as members of the NOJHL.

Braney returns for his third year of junior hockey in Espanola. The 18-year-old from Hanmer is a speedy scoring forward with great skill around the net amassing 25 points in 36 games last year, including 11 goals.

“We are expecting a break-out year from Cole as a returning player from the Barrie Colts OHL main camp,” offered Express general manager Chad Clarke.

Another player back for another season in Espanola is the 18-year-old from Calgary. Near a point-per-game player, Anklewich is seen as a speedy center who sees the ice very well and has great hands around the net.

Entering his final year of Jr. A hockey, the 20-year-old D-man hails from Las Vegas, Nevada. No stranger to the NOJHL, Nicholas saw action with the Abitibi Eskimos in 2014-15.

“Dan brings great stability to the blueline and will play in all situations for us,” says GM Clarke. “Dan has a big frame and almost always wins the one-on-one battles in the tough areas.”

“Aaron is a strong, gritty forward with great speed and skill, who tallied 24 points in 32 games with the Toledo Cherokees in the NA3HL last year,” said Mr. Clarke. “Aaron is capable of moving the puck, scoring goals and adds some sand paper to the mix to open some room for his line-mates.”

“Ian is a speedy scoring forward with great agility and hands you read about as he scored 52 points in 25 games with his high school team last year in Michigan,” stated the Espress GM. “Ian was appointed to the second All-State All-Star team last year and made history as the only player at his school to play three years on the team,” provided Mr. Clarke.

“Ian also has NOJHL lineage as his older brother Everett played for the 2013 NOJHL champions, the Kirkland Lake Gold Miners.”

Skating for the GNML’s Nickel City Sons AAA side, Grandbois registered 49 points in 35 outings on 24 tallies and 25 helpers leading his team in scoring.

“Joel is a naturally gifted big forward who has incredible talent and a scoring touch,” states Mr. Clarke. “He uses his big frame to his advantage and can move the puck with agility and speed. We expect big things from Joel and he will quickly become a fan favourite and a player to watch.”

“We are a young team with lots of talent and we have an ace in our pocket, which is veteran bench boss Tom McCarthy,” Mr. Clarke added. “Tom is excited to be moving forward with this group and we expect to turn some heads before this season is done.”