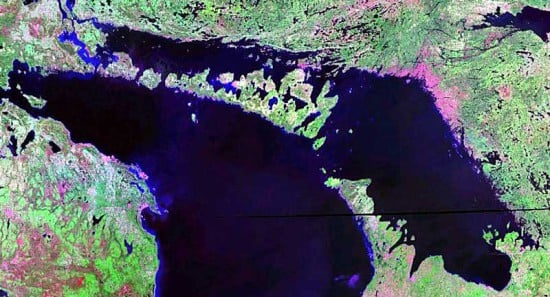 MANITOULIN—At the recent Ontario Good Roads Association/Rural Ontario Municipal Association joint conference in Toronto, representatives of the Northeast Town, including Mayor Al MacNevin, requested a meeting with provincial Minister of Aboriginal Affairs David Zimmer regarding the 1990 land claim agreement amidst rumours that the claim was soon to be finalized.

“We gave them (Aboriginal Affairs representatives) our concerns and I was asked if I would be willing to attend a meeting with the negotiators, as well as contact the rest of the municipalities, and I said I would be happy to set that up,” Mayor MacNevin told The Expositor.

So far, the mayor said he has heard from the head of each of the municipalities with the exception of Cockburn Island’s Mayor David Haight, who he hopes to hear from soon.

“I’m hoping to arrange the meeting on Manitoulin—we haven’t heard a date yet—but I’m guessing we could arrange it on the Island when they’re here for negotiations,” Mayor MacNevin explained.

When asked how close the ministry was to finishing negotiations, the Northeast Town contingent was told, “they were not finished. They didn’t confirm or deny,” he said.

Mayor MacNevin said the three main concerns the Northeast Town, and the rest of the Island municipalities, have with the land claim agreements are the potential for lost revenue due to lands being placed in trust by First Nations that would therefore become tax exempt as they acquire land or businesses within municipalities. The municipalities worry that should these lands be placed in a land trust, the assessment value would remain with the municipality, and therefore the municipal costs associated with those properties, such as the Manitoulin Sudbury District Services Board, the Rainbow District School Board and policing, would still remain, despite the loss in tax revenue. The rest of the ratepayers would then be charged correspondingly higher taxes to make up for tax income lost on properties within these land trusts.

The Northeast Town has had a longstanding issue in this respect with farmlands acquired by Aundeck Omni Kaning and Sheguiandah First Nation. The properties acquired by First Nations are subject to assessment and tax bills are sent to the owners who have declined to pay them.

So far, the province of Ontario, under duress, has reluctantly paid the taxes on behalf of the First Nations but have said this practice will end when the land claim agreement is finalized.

“We want to find a way to make up that lost revenue,” the mayor said.

The municipalities are also concerned with how zoning bylaws and road allowances would be affected by these lands, as well as service agreements (i.e. sewer and water).

“How do you even enforce service agreements when there are two separate sets of laws: provincial and federal?” he added. “I think it’s important that they understand what the issues are.”

“It would be nice to get it settled,” Mayor MacNevin said.