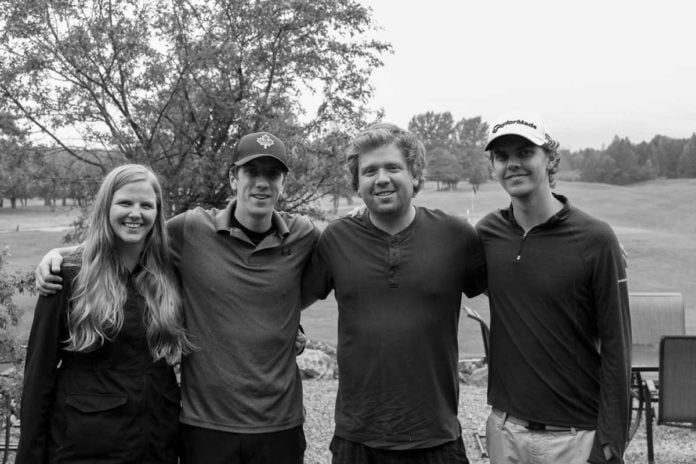 “I would like to thank everyone for coming out to play today,” stated Myrna Thomas, Manitoulin Golf clubhouse manager at the awards ceremony. She pointed out weather conditions were good when the golfers started their round, but later in the day the rains made for playing conditions that were not ideal. Tournament special prizes were handed out to Linda Golden for having the longest drive on the ladies’ side, while Lee Taibossigai had the men’s longest drive.  Taking the prize for the men’s shot closest to the pin was Shaun Riching while the prize for the team that had the most string left over (from the 30 feet each team started out with) was won by the Marc Addison team.