Hello spooky story readers, welcome back to another Halloween tale based on Manitoulin Island. If you recall, two years ago we detailed the story about the Man in the Bridge. Last year, we discussed some of the terror within Halcrow House at Ten Mile Point. For this tale, we’re going to move over to the Mindemoya region where my family has about 200 acres of hunting land.

What’s particularly interesting about this part of the Island are some of the rock formations you can find there. Rocks you say? Yes, rocks. I’m talking about the alvars of Manitoulin. You will know you’ve hit this type of ecosystem because the ground looks like flat limestone pavement with slabs cut into it. The slabs are called ‘clints’ and the spaces between them are called ‘grikes.’ The grikes, or the cracks in the ground, are what this story is all about.

I’ve often told my children to be wary of such cracks because you don’t really know what resides in them. My oldest son Jonah didn’t really buy into the whole idea, citing the fact that often times these cracks were filled with soil and vegetation. That was until we came to a grike that he couldn’t see the bottom of. To test how deep it was, he threw a stick down inside of it. We never heard it hit the bottom.

My youngest son Keith would often run up ahead of us too far and I asked him to mind the cracks. After we found the bottomless crack in the ground, he stuck a little closer to Dad. “Why do you think there is something down there, Dad?” They asked. I would tell them the tale of the old hunter. You see the old hunter would often hunt deep within the area of the grikes but he was always wary of them. The story passed down through the generations was that something changes about the grikes as you approach nighttime. Something wakes up.

The old hunter typically heeded this advice well except for one time when he started to doze near dusk. He woke with a start just as the sun was setting and rushed to leave the cracks in the ground. He was almost out when he tripped at the bottomless grike. As he sprawled forward and stumbled to the ground, he looked back to see what had tripped him. He saw what caused his fall and let out a ‘yipe’ as he scrambled to get away. The old hunter returned to camp and to his fellow hunters white as a sheet. They asked him what was wrong, but he would not say. He knew well that they would never believe his story. As to what the old hunter saw, your guess is as good as mine. I just know the story and heed it well. I have passed this story down to my own children and they will likely pass it down to theirs. We know not what resides there but beware the cracks in the ground! 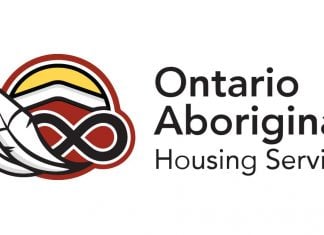