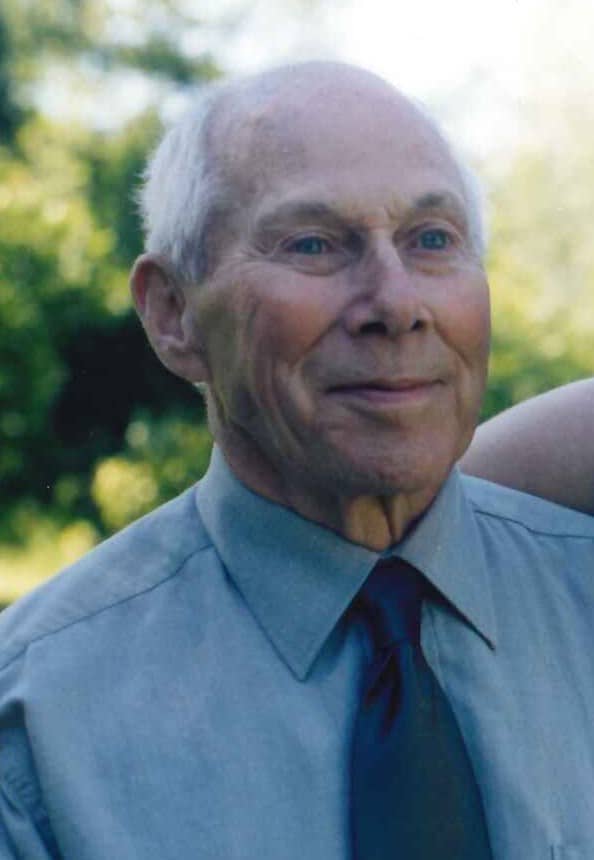 Bill Robinson died February 22, 2021, at 91 years of age, with his wife by his side. Survived by his wife Cathy Simmons. Beloved father of Chris (Joyce McDonald), Paul (predeceased) (Laurie) and Kim (Randy Smith). Cherished grandfather of Jennifer Klassen (John), Tyler Robinson, Doryell Nodecker (Kevin), Brianna Deschamps (Neil), Alana Harris, Justin Robinson (Sandra), Devon Robinson (Sheena), Ryan Robinson (Chantel), great-grandfather of Jordan Klassen (Erica), Jelissa Klassen (Jake), Ayriell Nodecker, Hayley and Lyndsey Robinson, Madeleine and Sebastien Kennedy Inamoto, and Drew and Alison Kennedy. Bill will be sadly missed by his stepson John Kennedy (Renee), stepdaughter Jennifer Kennedy, brother-in-law Henry Simmons, sister-in-law Mary McBurney (Clement) and many nieces, nephews, cousins and friends. Predeceased by his parents John and Lenora (Kennedy) and brothers Chester (Velda) and Harold (Dolly). Bill was a prominent businessman with a lifetime involvement in the community. He was active in the United Church and the Rotary Club. Bill always had an adventurous spirit and enjoyed taking on new challenges. He started his own bodyshop and auto supply business, Gore Bay Express trucking firm, had the weather reporting contract at the airport, farmed, owned Gore Bay Cable TV and Internet, and owned and managed Evergreen Resort. Typical of Bill, he wanted to have a house entirely made of wood, so he set up his own sawmill at Shrigley Bay to produce lumber. Bill loved family gatherings especially if dessert was included! His other enjoyments included fishing, hunting and most of all, 50 years of flying. At Bill’s request, there will be no visitation or funeral service. Cremation has taken place. Memorial donations may be made to the Rotary Club (Gore Bay Medical Centre) or the Food Banks Canada as expressions of sympathy and may be made through SimpsonFuneralHome.ca. Bill’s family would like to extend our heartfelt thanks and appreciation to the nursing staff at Manitoulin Lodge and to Dr. Wilson, all of whom cared for Bill with great kindness over the past year.