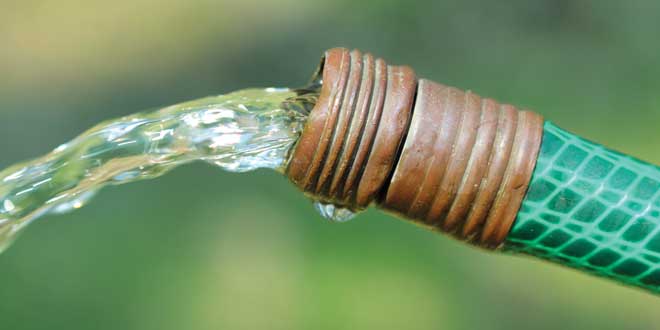 MANITOULIN—While Billings township has received good news concerning its application for funding for its water treatment plant, the news is not good for Assiginack Township. As reported previously, both townships had been included among 100 municipalities that could apply for funding for system changes to their water treatment plants, under the Small Rural Northern Municipal Infrastructure Funding (SRNMIF) capital program.

Billings Mayor Austin Hunt, at a meeting Tuesday, read a letter from SRNMIF stating, in part, “we are pleased to inform you that 90 percent funding of $1,427,400 has been provided.”

“This is a real coup for the township,” agreed Councillor Brian Parker.

Mayor Hunt had told council that several years ago all municipalities in Ontario were mandated to put in new water treatment plant facilities. He had explained the township was mandated to do this and the type of plant Billings selected was approved by the ministry. However, since US Filter, which provided the equipment for the plant, went out of business and there are no longer any parts or equipment available, they were left with having to replace the system.

“If you remember there were four townships in our area that met with the provincial minister last September,” Mayor Hunt told council Monday. “At the time I had a very good feeling we might receive funding because the minister was so interested and (clerk Kathy McDonald) had provided background on our water system; she was able to provide them the statistics they required.”

“We are very fortunate to get this funding,” said Mayor Hunt. “And it’s very important.”

“It would have broke our backs (to come up with the funds for the work to be carried out),” said Mr. Parker.

Ms. Hurcomb, while welcoming the funding news said, “what I find interesting is that the reason we had to do all of this is because the requirements for the water treatment plant and the water system were jammed down our throats (by the province). I’m thrilled we are getting this money, but they (government) should be helping to solve this because it is their problem.”

Ms. McDonald explained the township has until November 15 to outline who will actually be carrying out the construction of the new water system.

“The first thing is we have to accept this (funding),” pointed out Mr. Hunt, which council did, passing a motion to this effect.

Ms. McDonald told the Recorder after the meeting the township will have to provide $158,000 towards the water plant project. This will take place through short-term borrowing, “and we should be able to do this without long-term or capital payments being made by the water users.”

While the news for Billings was good, it wasn’t for Assiginack Township. “No, we were not successful in our funding application,” Alton Hobbs, clerk of Assiginack Township, told the Recorder on Tuesday. He pointed out the municipality, “had applied for $1.3 million for membrane (filter) replacements at both our water plants.”

“Things are not critical yet, but we have to talk to our engineers to come up with a plan B as to what we should do next,” added Mr. Hobbs. 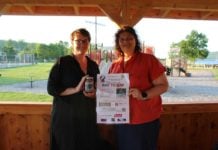 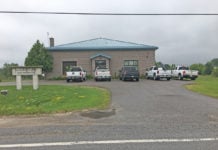 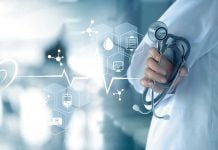