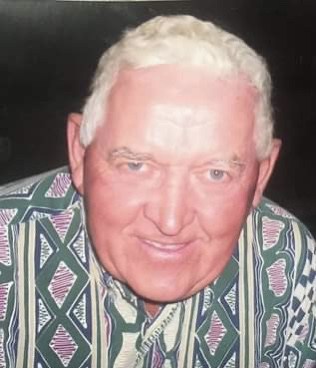 BLAINE CAMPBELL
Blaine Campbell passed away peacefully with his family by his side on Thursday, January 14, 2021, in his 87th year. Beloved and cherished father of Laurie (Steve) McDougall, Nancy (Steve) Head and Jamie (Linda) Campbell. He will be sadly missed by his grandchildren Derick, Amanda, Carly, Spencer, Holly, Garrett and great-grandchildren Morgan, Madalyn, Kailyn, Sterling, Darien, Brock, Ella, Oliver, Finley, Lyle and Jade. Blaine will be forever remembered by his brother Keith (Joan) and sister Edith (Doug) Logan, sister-in-law Jean Campbell, as well as his special friend Kay Everett and many nieces, nephews, cousins and friends. Predeceased by his wife Glenda, parents Russell and Mildred (Lewis) Campbell, brothers Maurice (Jean), Ivan and Asa and sisters Bernice (Burton) Wheeler and Myrna (Hub) Patterson. Blaine was born and raised in Spring Bay on the family farm. He sailed the Great Lakes for a few years then went to Inco and built his first home in Azilda He then purchased the family farm in Spring Bay in 1964, which he operated and did carpentry work until his retirement to his new home in Gore Bay, which he built. Blaine loved to hunt and curl, but his favourite passion was to socialize with everyone who would take an hour or two to stop and chat. At Blaine’s request, cremation has taken place. A memorial service will be held at a later date. Memorial donations may be made to the Angel Bus as expressions of sympathy and may be made through SimpsonFuneralHome.ca.