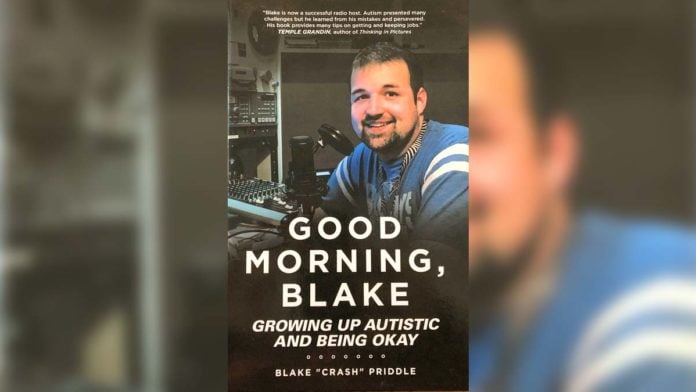 MANITOBA—Growing up autistic and being okay is the theme of a book written by Blake Priddle of Espanola, who now lives and works in Manitoba as a radio announcer.

“This book is about my life, from being non-verbal at a young age to a radio announcer today,” Mr. Priddle told The Expositor in a recent interview regarding his newly published book, ‘Good Morning, Blake.’

“I’ve worked as a radio announcer (and news reporter) for five years this March, in The Pas, Manitoba,” Mr. Priddle told The Expositor, noting that “I used to work at the Island radio station, having been mentored by K.T. Timmermans.”

Mr. Priddle’s father is originally from the Gore Bay area. He and his family spent many summers at Tobacco Lake. “The book talks about some of struggles I’ve had over the years as well as how my parents have dealt with it.”

“I have been very fortunate over the years to have lots of support, from my parents, teachers, community members and inclusive employers,” said Mr. Priddle, who is 28 years old.

“Oh, 100 percent,” stated Mr. Priddle who is hopeful that his book will inspire others with autism to follow their dreams, and that they can be successful, even if they struggle with autism.

“From non-verbal to radio announcer, I chronicle the good, bad and ugly of growing up autistic,” said Mr. Priddle. “What makes my memoir unique is I included the voices of over 50 people who shared stories and tips in an effort to inspire all of us to be kind towards and inclusive of those like me who march to the beat of a different drum.”

“My parents encouraged me to share my life story from being non-verbal as a little kid and struggling to communicate and manage my mental health challenges to becoming a professional broadcaster,” said Mr. Priddle.

His mother, Jo Beyers, told CTV News, “Blake wants others to know they can be successful even if they have autism. People with autism are never quite treated like everyone else in society. Blake was always positive, even if he was bullied in school, he had a positive note to it.”

“He’s pretty resilient,” said Ms. Beyers. “No, we weren’t surprised that he wrote a book. He has always journaled to get his feelings out. And when he started writing the book, it was pretty freeing for him; he was able to express the good, bad and ugly. Throughout the book, he talks about a lot of hard experiences he had that he describes in detail, how he felt and what he did to cope.”

It took Mr. Priddle about four years to complete his book. “In 2017, I began to journal some of my life experiences and as it began to take shape, I added other voices to the book and presto, a memoir was born,” he said.

What makes this book unique is that Blake includes interviews from about 50 people—friends, family, classmates, and employers—concerning their feeling and what they know about autism and what they perceived about him before he started working with them.

“People ask us what it is like to be parents of special needs kids,” said Ms. Beyers. “Parenting is like a roller coaster, with a child with autism it is like taking a roller coaster in the dark. It takes a village to raise good kids and Blake is surrounded by a lot of friends on the North Shore, Manitoulin Island and now in Manitoba.” 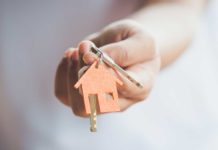