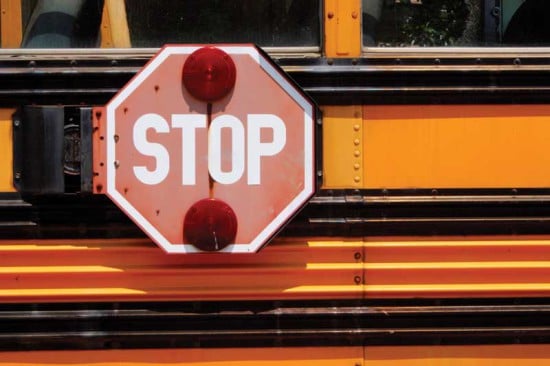 The chaos thrust upon Ontario’s families last Friday, resulting from the most recent public episode in the feud between the Ontario government and its elementary and secondary teaching professionals, is a clear demonstration of the need for immediate reconciliation.

Ontario’s elementary-level teachers had planned a single day of protest for last Friday when they would not be in their classrooms. Adequate notice was given and school boards, school administrators and parents made alternative plans, as best they could.

The elementary panel’s province-wide protest day was to have been matched this week by their secondary school colleagues, both of these demonstrations organized as protests against two initiatives of the Ontario government: the passage of Bill 115 by which the Minister of Education has been given the authority to deem any strike by teachers illegal and order them back to work and the imposition of a standard contract on all of Ontario’s public and separate elementary and secondary school teachers.

Last Friday was to be the elementary teachers’ sole day of protest respecting these measures.

The chaos ensued when the Ontario government notified the teachers, through their provincial unions, at 4 am on Friday morning that this would be an illegal work action and that participating teachers would each be subject to a $2,000 fine.

Plans changed immediately, of course, but some school boards in Northern Ontario (Algoma and Timmins) made the decision that the notice given was inadequate (and very unfair, many have observed) and left their elementary schools closed so, in these boards, the teachers had a de facto demonstration.

In our own board, the Rainbow School Board, some school buses ran their routes while others did not. (None of the Manitoulin bus runs operated that day). There had also, however, been a weather report of the possibility of freezing rain that day so no doubt many factors were at play in the busing decisions.

But parents had already made alternate arrangements for day care so the schools, while open with teachers in attendance, were very sparsely populated.

The government may be able to cite the requirements of gaining a ruling of the Ontario Labour Relations Board for the delay in ensuring that teachers would not walk out last Friday, but the fact that this muddle inconvenienced the entire province and, in the final analysis, the day was wasted from an educational perspective.

In less than two weeks, a delegated convention will gather in Toronto and after one, two, three or even more votes, a new leader of the Ontario Liberal party will be chosen.

As the Liberal minority government is still in power, this person will automatically assume the role of premier, at least until the opposition parties combine to defeat it and force an election, likely this spring.

But based on the Friday’s melee, the Liberals must choose a leader who they can expect is the candidate best suited to restoring a respectful relationship with teachers and with families who must be able to expect a stable public education for their children which must be as good, or better, than that of any jurisdiction in the world.

The contentious bill that can be used against teachers contemplating a work action led directly last fall to outgoing Premier McGuinty’s decision to give notice of his plans to retire as soon as the upcoming leadership convention determines his successor and, at the same time, he suspended the business of the Ontario Legislature until a new leader reconvenes it.

All of this, with the teaching profession at the pointy end of it all, is in the interest of finding (or saving) funds to put the province back in the black.

But very little, no matter how important, is properly accomplished ‘at any cost’ and so last Friday’s utter debacle should weigh heavily on the minds of those individuals delegated to choosing a new Ontario premier before month’s end.