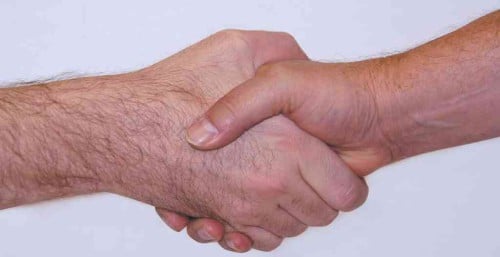 In spite of all the coverage of Sheguindah First Nation’s controversies, a key element is missing and it is no wonder.

Outside observers are bluntly reminded to mind our own business. One can’t help but notice, however, the missing link that is surely needed is the communities’ positive will to resolve longstanding grievances on everybody’s part. It even seems the will to try finding resolutions is missing.

It was once said (sadly) of Sheguiandah First Nation that one day the “lid will blow” from domestic aggravations. The comment was naturally distressing of a small Nishnabe hamlet on Highway 6. Did an unthinkable prediction by a passerby come to pass? One has no option but to think so.

Having the Nishnabemiwin (Native language) was beneficial for the Nishnabek which promoted governments to seek ways of banning it.

Feuding people, especially from Misinishkotewe’s home turf, need to remember his gallantry at the unlikely place of a battlefield in France some 90 years ago.

Today’s protestors need to look beyond the self-serving mania of getting even or getting in the last word at every opportunity.

Clearly it is time to proceed with life’s hurdles and leave drama and theatrics to the movie industry.

Some of us have unsolved mysteries of seven years to contend with. We aren’t trying to outshine everyone else in sensational news by any means. It would be nice, and much to everyone’s relief, to have someone who knows something about Antz’s (Anthony Mandamin) mysterious form of death come forward. The growth of curiosity and suspicion is not Ivan’s alone to bear. The community awaits with him. (Anthony Mandamin was a victim of a suspected hit and run accident in 2006 that remains unsolved.)

Both Wikwemikong and Sheguiandah First Nations need a healthy share of healing with everyone’s involvement and cooperation on a permanent basis.