MANITOULIN – A Charles C. McLean Public School Lego robotics team has been selected to go on to the provincial competition based on the application form the students completed on their project.

The team’s project focuses on heating sidewalks in the winter using methane gas and using garbage as an energy source, making the sidewalks safer in the ice and snow of winter. They took existing things but presented them in a different way.

The Mecha Martens team, which included Athena Gravelle, Hailey Wadge, Brynn Best, Henry Harten, Tegan Oliver, Ruby Niemi, Ezra Diebolt, Noah Walker, Maryam Aliagan and Amara Wilson-Zegil, had to put together an application and were one of the teams selected for the provincials.

Team mentor Ray Scott told the Recorder this Sunday, “it’s not a secret anymore, the students’ application was successful and the team will be advancing to the Ontario Innovations Celebration. This is a province-wide celebration.”

As was reported previously, the team had entered in the First Lego League Sudbury qualifying competition. The Mecha Martens won the spirit award in recognition of how the team reflects the values of the First Lego League competition environment, based on the team members’ interactions with the many judges during the different tasks they had to complete. The team also won the Global Innovation Award which allowed them to apply to go on to the next level of the innovation competition.

Under the category of ‘Problem identification—overview—what problem is the team trying to solve, and why did the team choose this problem?’ they wrote, “as a team we tried to solve two problems. We chose the problem of snow and ice on public sidewalks because people are falling and slipping every single day in winter. We also wanted to help reduce trash in our world because it makes methane, which is a greenhouse gas that is bad for the environment and our world. We had a huge list of problems. There was one problem that half of the team agreed on and the other half agreed on a different problem. We built a consensus by morphing two ideas together. So, the problem we chose is how to get garbage to clear off sidewalks in the winter. Then that created operation G.A.S.R.O (Garbage and Snow Removal Operation). In the end we chose this problem because it stops people from slipping on the sidewalks.”

As for the question of ‘What is the solution and how does the solution work?’ they replied, “the solution we created is making methane gas to heat up the sidewalks in the winter so people can get around easier. All the trash goes into an anaerobic digester. The disposable items and feces gets eaten by bacteria called archaea. The methane gas is the after product from the archaea eating the waste. Anaerobic digesters have a pump attached to the top of them and the methane gas will go through it into a furnace. Then, the methane gas gets set on fire when the pilot light gets turned on. The fire heats a boiler over top of it that heats up glycol inside the pipes. The glycol gets pushed by pumps and travels through the pipes under the sidewalk, to heat them up and clear the snow on the sidewalk.”

The students had to provide an answer in the area of ‘Innovation—how does the solution solve the identified problem in a new way and/or improve on existing solutions in a meaningful way?’ Responses might include descriptions of existing solutions, the unique value offered by the team solution and who benefits from it.

Their submission stated, “people already use anaerobic digesters to collect the methane and get rid of compostable waste, without causing methane in dumps. Heated sidewalks have also been built. Methane gas has also been used to power buildings, but never to heat up sidewalks. Sidewalks have also been cleared by snow machines, shoveling and even pouring buckets of hot water, but these processes can take extreme periods of time. So, we put our ideas together and that’s how we made our innovation project. Our project is special because no one has combined using methane gas as a heat source to clear sidewalks.”

“Our project is also better than using snow plows because our project can clear sidewalks in less time. Using other methods, the worker who clears the sidewalk would have to be there for the sidewalk to get cleared. You also can’t forget if a storm comes it will need to get cleared again. Our sidewalks get cleared with or without a worker there. Our project also prevents methane from spreading to the air. Our project will benefit people by allowing them to walk more and use cars less. And the less garbage that goes into the environment the better off the Earth and the people that live on it are. The after product of the disposable items and feces is also beneficial because the after product is soil for gardens or crops,” the team wrote.

The team also had to answer questions on solution development: how the team developed the solution, and then on its implementation.

Mr. Scott explained, “the team of students did a very good job of putting the application together. They worked on the application every day a week before and a week after Christmas (holidays).” He pointed out the C.C. McLean team was one of the four wildcard teams that applied for and were selected for the next competition.

“Last year this team qualified for the provincials, and I thought this was flattering. But last year, because it was their first year in this competition, I thought they were a little out of their league. But this year I think they will be able to have a good go at the provincial competition. Our kids are going and I think they will present better than they did last year.”

“They worked really hard on this application,” stated Mr. Scott. “I outlined the process but the work actually came from them. It was all their ideas. I am excited and very happy and proud of them. They are a very special group of people.” He added, “I neglected to mention to you the other day that the students have also benefitted from a lot of parental support, parents coming out to events, driving, and also some coaching for oral questions, poster-board designs, etc.”

The provincial competition will take place on February 22. 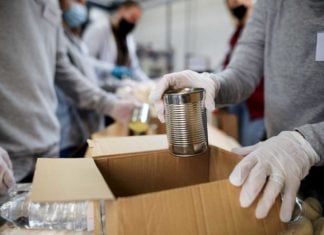