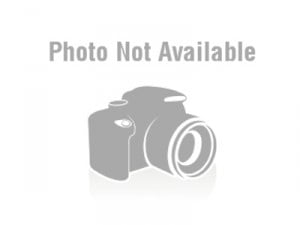 In loving memory of Cedric Revely Bennett who died at the Wikwemikong Nursing Home on Tuesday, March 5, 2013, and like the man himself, his passing was gentle and quiet. Cedric was born in Creighton Mines, Ontario on December 31, 1914. He is predeceased by the love of his life, Jean Burns, his parents Oliver A. Bennett and Nellie B. Nelles and his brother F. Nelles Bennett. Survived by his nephew Howard Bennett, brother-in-law Roderick J. Burns and his good and special friends Murray Dixon, Goldie Duxbury, Frances Porter and Jim White. Cedric graduated from Pharmacy School in 1939 and served in the Canadian Army during World War II as a pharmacist aboard the troop ship “Queen Mary” which made several trips to England. Later, he worked in the Toronto area before purchasing a business in Manitowaning. It was here that he met his wife Jean. Following Jean’s death, Cedric continued to reside in Manitowaning until his move to Wikwemikong Nursing Home in 2007. Cedric was a member of Doric Lodge No. 455 A.F. and A.M. for close to 60 years. He was an avid Toronto Maple Leafs and Blue Jays fan for years. Many will remember Cedric as a true gentleman and we will cherish his memory in their hearts. There was a visitation at 2 pm on Friday, March 8, 2013 at Knox United Church in Manitowaning which was followed by a service at 3 pm with Rev. Faye Stevens officiating. Spring Interment in Hilly Grove Cemetery. If so desired donations to the Heart and Stroke Foundation or charity of your choice would be appreciated by the family. Online condolences may be left at www.culginfuneralhome.ca. Culgin Funeral Home, Gore Bay, 705-282-2270