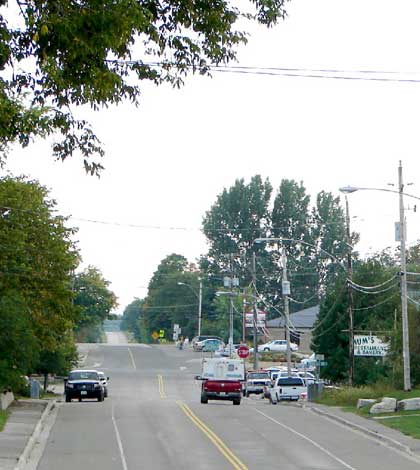 Council approved the recommendation that funds be earmarked in the 2014 budget for the purchase of 10 new tables and 80 new chairs for the Providence Bay Hall. Councillor Adam McDonald asked that one part of the wording of the motion be changed from ‘earmarked’ to ‘considered.’

Council approved the recommendation that the Mindemoya Arena Advisory Committee be authorized to install netting at both the north and south ends of the arena at its own expense provided the timeline for installation is approved by the maintenance supervisor with Councillor Derek Stephens making the comment that the netting is installed in a timely manner. Councillor McDonald agreed, saying, “Certainly for safety reasons, I can see the need to have it.”

Council approved the recommendation that the proposed 2014 Services Operational Budget be accepted as circulated and forwarded to the committee of the whole.

Council approved the recommendation from the Services Committee that the October 2013 year-to-date services expenditure be accepted as circulated.

It was accepted that council proceed with the tender for the waste and recycling with the added clause of garbage compaction requirements during pickup. “The changes put into this contract were needed,” Councillor Stephens noted. “This has the potential of lasting several years.”

Provisional bylaw 2013-31, being a bylaw to provide for drainage works within the Town of Central Manitoulin, will be given its first and second reading.

Council approved the year-to-date financial report for the month of October 2013 for the Works Committee.

The municipality will request more information regarding highway rehabilitation from Aecom and a meeting with the engineers will be requested. Councillor McDonald also asked for a meeting with Aecom while noting that there are many questions and many concerns with the intersection at the four corners in Mindemoya.

The municipality will send the concerns of councillors regarding the lack of cleanup following the recent brushing along the highways within the municipality to DBI and to the MTO. “The brush is piled to the edge of the road and is an eyesore and a safety issue,” Councillor Stephens said while Councillor Gloria Haner commented that she is concerned with some of the brush. “Then the snowplows will put it into the ditch,” she added. “Is that going to be a drainage problem in the spring?”

Council discussed the Yonge Street reconstruction project with Councillor Stephens expressing the hope that council may get lucky this time as far as grants for this long standing project are concerned.

Council received a letter from the co-chairperson of the Central Manitoulin Public Library requesting the purchase of carpet to replace that presently in the old section of the library. The request asks for carpet throughout the library. Ms. Haner was in agreement with the request and asked that the money for the new carpeting come out of the library reserves as the paint for the library has. Councillor Stephens also agreed with the request saying, “When we open the new library, we will be able to do so with pride.” Councillor McDonald questioned where the funds would come from if there are not enough in reserves, but Councillor Haner noted that the only money that came out of the reserves fund was for paint. Councillor McDonald was contented, saying “if there is money in the library reserves, then go ahead and use it.”