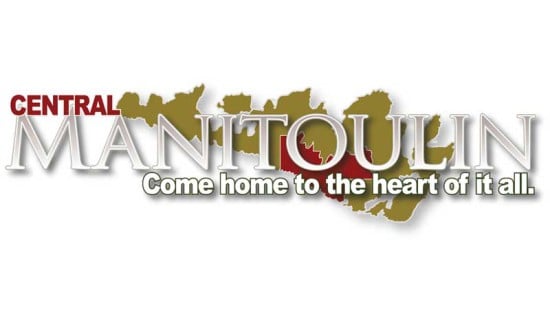 MINDEMOYA—Central Manitoulin council is requesting that officials with the Municipal Property Assessment Corporation (MPAC) attend an upcoming meeting after concerns were raised by residents regarding the increase in their property assessments.

“I know I’ve been getting all kinds of calls and nothing but complaints from people about the increase in their assessments,” stated Councillor Derek Stephens at a regular council meeting last week. “People want to know about the formula they use to come up with the assessments. Theoretically, just because the assessments have gone up doesn’t mean we should have to raise taxes.”

“It shouldn’t mean an increase in the mill rate,” said Reeve Gerry Strong.

“The problem is no municipality has challenged the assessments provided by MPAC,” stated Mr. Stephens. “We need to try and figure out what the formula is they use to come up with the assessments. I know my home, for instance, was appraised last year at $60,000, and this year the new assessment called for $115,000. I will be challenging this assessment and I know a lot of people on the Island will be doing the same, and we need to tell them to challenge this, appeal these assessments.”

It was suggested by Councillor Pat MacDonald that residents can go online or call MPAC itself.

“As a council, what can we do, who hired MPAC in the first place?” stated Mr. Stephens.

Ms. MacDonald questioned whether MPAC officials ever visit or meet with municipalities on these concerns with assessments.

“Should we invite them to one of our meetings?” asked Reeve Gerry Strong.

“I’m sure there would be interest among members of the public, in our municipality and around the Island, in this meeting—everyone is concerned about the increased assessments,” said Mr. Stephens.

Mr. Strong emphasized that while assessments may be up, “it does not mean (the municipality) has to raise our mill rates.”

“People don’t care how their taxes go up just that they have, whether it is because of municipal taxes or MPAC having increased the property assessments,” said Ms. MacDonald. “I know that’s what I worry about as well.”

It was agreed on by council they would like to have an MPAC representative at one of its regular council meetings.

Residents in other areas of the Island are also having troubles understanding why they have seen an increase in their property assessments, council learned.

“It’s getting to the point that we will have to decide to sell our house because we won’t be able to pay the taxes,” said Dave Parker, a Gore Bay resident. “The re-evaluation of property assessments means our assessment is going up $27,750 a year for the next four years. This is unbelievable.” He explained that for 19 years his property has been assessed as a back lot with a water view. But as of December 2011, the property was reclassified as being on the water.

“I’ve made three appeals already to MPAC, and the last time they told me it would cost $75 to appeal our assessment again,” said Mr. Parker. “I understand that on average, assessments have gone up about $10,000 on Manitoulin since the last assessments were done. This is going to cause a lot of heartache for a lot of people.”

The Recorder was unable to contact anyone from MPAC for comment prior to this week’s deadline. However, a MPAC release explains, “the 2012 Property Assessment Notice shows the assessed value of your property based on January 1, 2012 legislated valuation date. The last province-wide Assessment Update took place four years ago and was based on January 1, 2008 valuation date. “

“MPAC’s role is to accurately value and classify all Ontario properties in compliance with the Assessment Act and related regulations. To establish your property’s assessed value, MPAC analyzes property sales in your area, surrounding neighbourhood or municipality. This method is used by most assessment jurisdictions in North America.”

“When assessing a property, we look at all of the key features that affect market value,” the MPAC release points out. “For example, when assessing residential properties, five major factors usually account for 85 percent of the value: location, lot dimensions, living area, age of the structure(s), adjusted for any major renovations or additions, and quality of construction.”

“Examples of other features that may affect a residential property’s value include fireplaces, garages, workshops, boathouse and the number of bathrooms. Site features in urban and suburban areas such a traffic patterns, being situated on a corner lot, proximity to golf course, hydro corridor, railway or green space can also increase or decrease the assessed value of your property.”

“In rural or semi-urban areas, site features such as type of access, topography, and lot services such as hydro, water and sanitary/septic services can also increase or decrease the assessed value of your property,” MPAC notes.