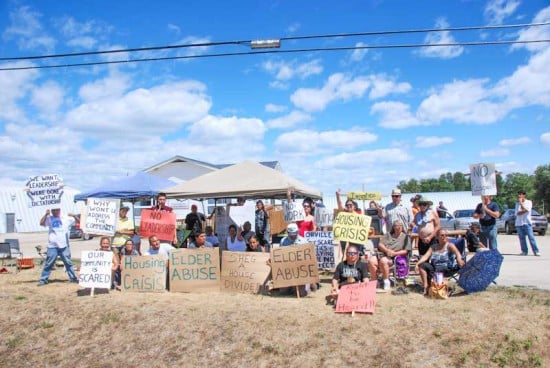 You are right; there are two camps here on Sheguiandah First Nation (SFN). They are the right and the wrong. The majority are from the right and these are the people that gave me my second mandate as chief. They are positive, forward thinking people who embrace the positive changes that have been made here in SFN. They have recognized that if we were to survive as a community, radical changes needed to be implemented. They saw the need for policy change, structure and capacity building. They are inclusive.

The wrong or negative camp has only their own interests at heart. They want a return to the way things were. They pine for days when they would get personal loans, borrow band vehicles; free rent, free renovations and come and go on jobsites and still receive a full paycheck. These people do not care if the band went into debt because of these activities. They will vote for any candidate that promises a return to the free-for-all days.

I have been called a dictator because changes have been put in place to counter these unhealthy, unproductive, former policies. I knew these changes would not be popular with some band members. I choose the moral high ground and stand by all decisions made. The decisions were not popular but they were right. Does the right side have all the answers? No, but we continue to move forward in a positive, healthy direction and strive to better ourselves.

Councillor Ago Neh and myself have always been open to meetings that would have business move forward. We have tried and tried but to no avail. It is not the council as a whole that is the problem. It is two councillors that will not sit down and put the community’s needs above their own political aspirations. How do you convince other people and yourselves that not signing off on the audit and other funding agreements is somehow good for SFN? How do justify hurting the most vulnerable and poorest of the poor on our First Nation?