﻿WHITEFISH RIVER—After two decades serving as chief of Whitefish River First Nation, Chief Shining Turtle (Franklin Paibomsai) announced his decision to “step aside in pursuit of other opportunities” on August 30.

“I say this with my whole heart and spirit,” continued Ogimaa Shining Turtle. “Serving as your chief has been one of the greatest honours of my lifetime.”

Ogimaa Shining Turtle asked band members to “look around this beautiful community we all call home and to remember what we have accomplished together” citing new schools, roads and health and wellness facilities. “We have honoured our veterans, brought new life to Rainbow Lodge and ensured safe drinking water for generations to come. These are all tangible things we can hold on to.”

Ogimaa Shining Turtle advised community members to look beyond the physical assets of the community to the relationships that have exhibited “strength, resiliency and love that I know are the foundation of our community.”

He went on to note that he has been privileged to have “a unique perspective” over the community’s successes. “We defeated the HST together,” he reminded them of the campaign in which Whitefish River First Nation played a central role and the settling of a generations-old land claim. “We have generations of hurt,” he said, adding, “I have seen it in the tears and heard it in the angry words. Colonization has not been kind to us and true healing is a long road.”

Ogimaa Shining Turtle told The Expositor that much healing remains and, while his skillset is well-tailored to build assets and negotiate with upper levels of government, the community now needs someone with a skillset aimed at bringing the community together and healing those hurts.

“As I move forward, I am choosing to remember the tears of joy and the sounds of laughter,” he said. “Because I know, deep down, that is what our community is, one of love, kindness and great pride. I ask you to remember and do the same. New roads and buildings can only carry us so far. Take our community down a new path with kindness and forgiveness, because true change must come within.”

Former Whitefish River chief and current band councillor Leona Nahwegahbow will be stepping in to fill in the role as chief until the next band election. 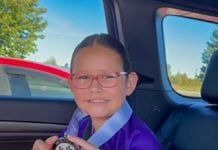 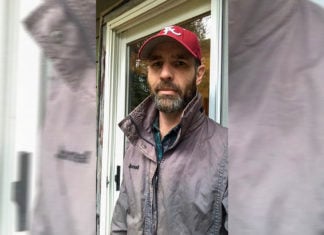