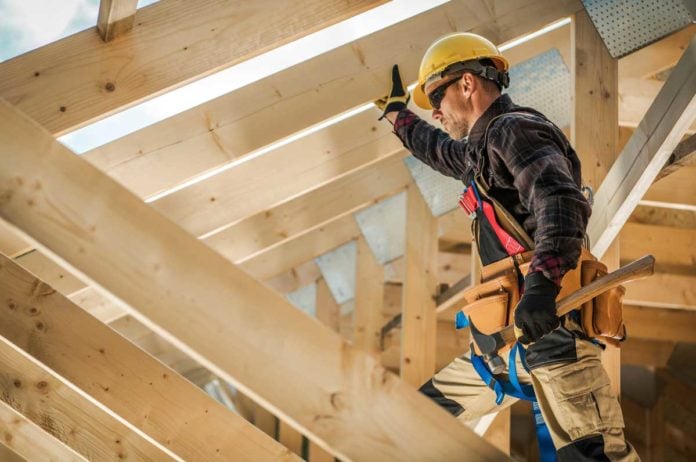 GORDON—Gordon/Barrie Island council has given its approval for an amendment to the Official Plan and zoning bylaw for a proposed 35-waterfront lot estate subdivision for seasonal residential use, on the northwestern part of Barrie Island. This was one part of the process and if developed, the municipality impact analysis would see the municipality accrue $87,000 per year and $1.05 million in total revenue by 2041.

“It is a big step,” stated Kevin Jarus, of Tulloch Engineering, on behalf of the proposed subdivision developer, of council for the municipality of Gordon/Barrie Island giving its approval for the amendment to the Official Plan and a zoning bylaw towards an application being made to the Manitoulin Planning Board (MPB) for development of a 35-lot subdivision.

However, this is only the next step in the process, and at a public meeting last week for council to consider approval of the amendments concerns were raised by a local resident.

Carolyn Lane-Rock told The Expositor after the meeting, “what I told council is that the visitor traffic increase in Gordon/Barrie Island this summer has been phenomenal. And there are many lots being sold on Western Manitoulin. I asked council what, if anything, council can do with the increase in traffic, in terms of those speeding and making sure people’s property rights are being protected.”

“I am excited about the subdivision being developed,” said Ms. Lane-Rock. “But with so many more people around this summer already and the development to bring in more people, I think council needs to consider what’s being done to rebuild the community, such as making sure the community hall is kept up with and probably going to be used more in the future, more use of our roads, and bringing everyone together. Council needs to look at what is best for everyone.”

“With more visitors around and the increase in traffic, with the municipality and Manitoulin having been discovered, it will be incumbent on the municipality to make sure people’s property rights are being protected,” said Ms. Lane-Rock.

“The first item we have on our agenda tonight is a public meeting, two actually,” said Reeve Lee Hayden, of a public meeting held prior to last week’s council meeting, attended by several residents, in person and online through Zoom, Mr. Jarus and Theresa Carlisle, secretary-treasurer of the MPB.

“No decisions will be made by council during the public meeting, but during the regular council meeting we will discuss and consider giving approval to the proposed amendment to the Official Plan and zoning bylaw,” said Reeve Hayden. “From there a notice will be sent to the applicant, and there is a 20-day public appeal period. Then a plan of subdivision will be considered by the (MPB). It must conform to the Official Plan and zoning and each will be considered based on its own merit. “

The Official Plan amendment application was read and states, “the application for Official Plan amendment, by the owner 1927402 Ontario Inc. is for redesignation of land described as lots 26 and 27, concession VII and lots 24, 25, and 26, concession VII, Township of Barrie Island, Municipality of Gordon/Barrie Island, District of Manitoulin from rural area to shoreline area to permit a 35 lot plan of subdivision for seasonal residential/ recreational uses (and made part of the Official Plan).

The proposed zoning bylaw amendment reads in part, “a zoning amendment application has been received from Kevin Jarus on behalf of 1827402 Ontario Inc. to rezone land described as lots 26 and 27, Conc. VII and lots 24,25, and 26, Conc. VII township of Barrie Island, municipality of Gordon/Barrie Island, District of Manitoulin from rural zone to shoreline residential zone and conservation zone, to permit seasonal residential/recreational uses in the shoreline residential zone and restrict uses in the 02 zone (to protect wildlife habitat).”

The applicant has received approval in principle from the municipality to stop up and close portions of the municipal allowances and obtain ownership of those portions which will result in the three parcels merging into one larger 140-hectare parcel of land. There are some parts of the subject land that will be rezoned to conservation (O2 zone) to avoid any significant wildlife habitat, as recommended in the Natural Heritage Environmental Impact Study, prepared by AWS Environmental Consulting Inc. in April 2019. There is a simultaneous application for Official Plan amendment to redesignate the subject land(s) from rural shoreline area.

Ms. Carlisle told the meeting that if council provides approvals, then the MPB will be providing notice of public meetings on the applications, and that there will probably be more than one meeting where members of the public can comment.

The applicant can’t make an application for the subdivision until the approvals for the zoning bylaw amendment and Official Plan amendments are given by council, the meeting was told.

Mr. Jarus told The Expositor (as he had presented at the public meeting), “I was speaking of all the benefits this development will provide for the municipality in the future. The municipal financial impact analysis is quite positive in terms of net increase tax revenue to the municipality, according to the studies it will be quite significant.”

“The study is part of the public record and concludes the accrued municipal surplus through 2041 will be a net of $1.05 million dollars,” said Mr. Jarus. “This works out to about $87,000 per year in net revenues.”

Dave Nadeau (who now lives in Hanmer) and his business part Sandra Hollingsworth of Sault Ste. Marie are making the development project for the ‘Antler Bend’ subdivision. They purchased the 950-acre property on the northwestern part of Barrie Island (by Goose Cap) and Mr. Nadeau said he wanted to develop the property his grandfather had pastured cattle on, and property that his father has hunted on for 50 years.

The development includes a 35 waterfront lot estate subdivision for seasonal residential use, including five hunting lots that have already been sold. The lots are 1.0 to 2.25 hectares in size with a minimum 50-metre road frontage. It includes four blocks-environmental, groundwater recharge, road and parklands, 90-plus hectares of future hunting plots and 5.6 hectares of parkland dedication.