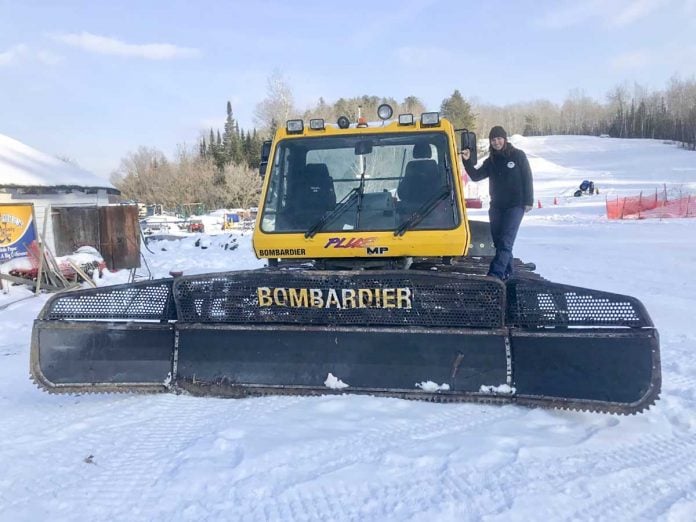 HONORA BAY – Tom and Claudia Hutchinson, the energetic duo behind the Hutch Ski/Snowboard Academy, which is currently based out of Espanola’s Boogie Mountain, have their sights set on the Honora Bay ski hill and bringing it back to its former glory.

The ski hill has sat largely vacant since the early 1990s. The Manitoulin Nordic Ski Club still operates one trail system for cross- country skiers and snowshoers and the chalet comes alive in the winter at least once a month with the popular Café in the Woods music series, but the days of bombing down either one of the two hills are long gone—but maybe not for long.

Ms. Hutchinson is Boogie Mountain’s ski school instructor while husband Tom is the ski hill manager. Both have impressive pasts.

“I worked as a problem solver for athletes,” Mr. Hutchinson explained, “everything from technology supports to sports psychology. At one time, I had 35 athletes under me.”

Ms. Hutchinson was on the German national team for karate. A natural athlete, she began to experiment with snowboarding at an indoor venue in her home country when she met her future husband. Picking up the sport at 28, Ms. Hutchinson proved to be a natural, even winning the United States Amateur Snowboard Association over-30 championship after only four years of snowboarding.

The couple eventually settled in Quebec, Mr. Hutchinson’s home province, and moved to Espanola two years ago to help run Boogie Mountain, which is overseen by a board of directors.

“Everybody says you have to move out west to make it, but I proved that’s not the case,” Mr. Hutchinson added, pointing to his hometown, and home hill, of Val-David, Quebec.

In 2012 the couple formed Hutch Academy. Their philosophy is the same wherever they work: to bring something to kids to get them to like it enough to want more, which is what they are hoping for the youth of Manitoulin.

They believe in small classes and making things fun, and never intimidating. “If it’s fun, the chances of them doing it again are high,” Ms. Hutchinson shared.

A meeting with Kerrene Tilson following an introduction at a Café in the Woods event—Ms. Tilson is a Nordic Ski Club board member who helps oversee the caretaking of the hill and chalet—got the ball rolling. The pair have purchased a Bombardier groomer for Honora Bay, have ski and snowboard rentals arranged and even hope to bring snowmaking capabilities to the hill, depending on financing. It is their hopes to have the hill running by next winter.

Those who once skied there may remember the tricky T-bar tow lift. The Hutchinsons said they hope to replace the T-bar with a rope tow for ease of use.

“We’ve also met with Manitoulin Special Olympics, and hope to start a training program with their athletes too,” Mr. Hutchinson added. 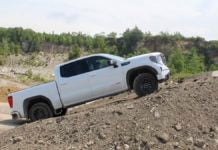 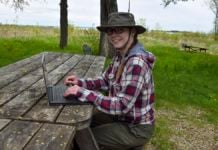 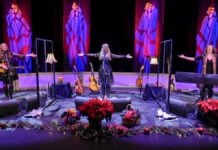