DALMENY, SASK—The cross-country open tractor adventure of Henk and Bettina Schuurmans of Elmira ended in a tragic morning collision on Highway 16 between Saskatoon and Langham Monday.

The collision between the Schuurmans’ green open cabin John Deere tractor and a semi killed 55-year-old Ms. Schuurmans, who was pronounced dead at the scene, and sent Mr. Schuurmans to Saskatoon’s Royal University Hospital in stable condition. The driver of the semi was not injured.

The collision took place Monday around 9:30 am.

The northbound lanes of Highway 16 were blocked and traffic was being detoured into the southbound lanes.

Investigators were still on the scene as of press time Monday and no further details were likely to be released until Tuesday, according to the RCMP Martenville detachment.

Dalmeny is about 25 kilometres northwest of Saskatoon.

The couple were making their trip to British Columbia from their southern Ontario home in order to raise awareness of Canada’s milk supply management system which is under threat from US trade negotiators in the ongoing North American Free Trade Agreement talks. Tragically, that was to be a cause to which Ms. Schuurmans would give her life.

The couple were in very good spirits right up until the time of the accident, and many local farm families like the Anstices of Tehkummah were following the progress of the couple’s journey daily online.

“It’s just terrible,” said Dorothy Anstice, who along with dairy farmer husband Jim and son Alex were among those following the couple’s progress. The devastating photographs posted online show debris scattered across the highway and an overturned tractor just visible above the highway ditchline. “Their family must be seeing these same horrible photographs online.”

That statement summed up the feelings at The Expositor as well, who interviewed the couple just a few short weeks ago as they arrived on Manitoulin on the Chi-Cheemaun ferry. The couple expected to make 40 kilometers an hour and had clocked 230 kilometers on their first day out.

Upon the successful completion of the western journey, the Schuurmans were planning to complete another trip to the east coast next year. 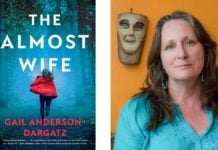 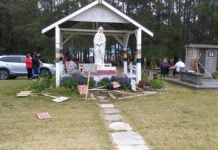 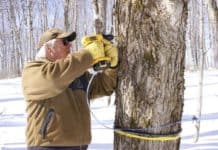 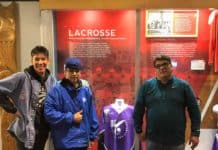