LITTLE CURRENT – The Current to Killarney Canoefest has been cancelled due to COVID-19 precautions, organizers officially announced in a Facebook post this past Saturday, June 13.

“We were trying to weigh it out to see if things would open up further. But at this stage, we had to make the decision to cancel for the time being,” said Manitoulin Brewing Company president Blair Hagman, whose brewery is one of the main organizers of the event.

“It’s just a bit of ‘headwind’ that has delayed things a bit, but the race will continue some day and we look forward to having Current to Killarney come back when it’s safe to do so,” he said.

This year’s event was planned for July 4 and there were numerous sponsors who had contributed to this event, including Indigenous Tourism Ontario, Destination Northern Ontario, Wiikwemkoong Tourism and Manitoulin Transport.

The event was slated to open with a sunrise ceremony, Indigenous-led workshops in Killarney as spectators waited for the paddlers to arrive and an Indigenous menu at the awards banquet.

All of that planning will be ported forward to the event when it is green-lit to be rescheduled.

Anyone who has paid to register will either be offered a full reimbursement or the option of holding their registration until the future event. Mr. Hagman said the organizing team would contact everyone who has registered to inform them of their options.

Current to Killarney Canoefest will announce a revised date in the future on Facebook, @CurrentToKillarney. 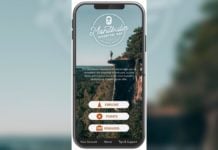