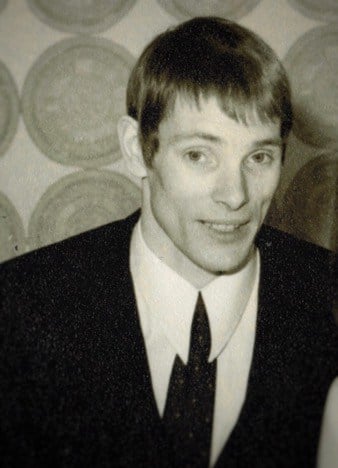 DAVID BASFORD
January 8, 1938 – October 16, 2020
In loving memory of David Basford, born in Manchester, the eldest son of Frederick and Kathleen Basford. David passed away at St. Joseph’s Villa, Dundas, Ontario, after receiving exceptionally compassionate care. David is remembered as a protective and patient elder brother, ensuring a little sister reached school safely; a beloved uncle and great- uncle, joining willingly in energetic games; and a friend enjoying companionable silences hiking through Québec forests. His passion for science inspired students from Manitoulin to Matagami and in England. Laboratory colleagues at McMaster University valued David not only for his skill and attention to detail but also for his empathy as a friend and non-judgemental listener. Members of FCN/FQN recognize him as a driving force for unity and promotion of ideals throughout Canada. With eclectic interests, David crafted boomerangs, ground telescope lenses to observe the night skies, and as a kite builder was intrigued by flight. He pushed his own endurance as a long distance runner, achieving a respectable finish in the 2007 Boston Marathon. A skilled musician, David passed on his talent as a guitarist to his young son, playing to him in the cradle which he had built himself. David is survived by his beloved son Tavis James Basford and daughter-in-law Fatemah Alzubairi. Lovingly remembered by his sister Barbara Verrill of Dudley, Warwickshire and brother Christopher Basford of Cheadle, Cheshire. Greatly missed by nephews David and Robert, nieces Helena and Catherine and their children Tobias and Florian, Mutsa, Shamiso, Kura and Zano. A strong social conscience led David to support many organizations concerned with social justice. He cared about woodlands and the environment and was a member of the National Trust and the Royal Botanical Gardens. Friends are invited to remember David with a donation to charities with similar interests or to St. Joseph’s Villa in Dundas, Ontario.