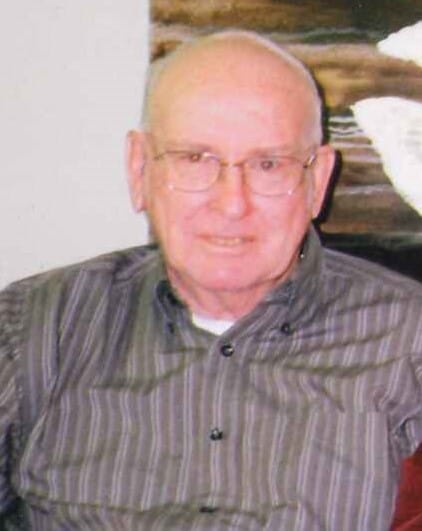 TOM WRIGHT
Tom Wright of Gore Bay, passed away peacefully with his loving wife of over 66 years Myrtle by his side, on Friday, October 23, 2020 in his 87th year. Beloved father of Jim (Sue) and Ron (Kim) and cherished grandfather of Melody, Alyse, Ryan, Courtney and Natasha. Tom will be sadly missed by many nieces, nephews and cousins. Predeceased by his parents Jack and Mary Ann (Bailey) Wright, brothers Jack (Wilda), Stuart (Wilma), Norm (Alice) and Fred (Adeline), as well as sisters Margaret (Frank Johnson, George Thornton), Thelma (Bob) Clark, Doris (Ernie) Urso and Ethel (Vern) Bryant. Tom was a quiet family provider, and an avid hunter who enjoyed spending time on his bush lot where he built his own well-equipped camp on the East Bluff. He looked forward to hunting season with the boys and other family and friends would join him for the hunt. Tom worked for Smith’s Wholesale and then National Grocers until he retired in 1987. With the onset of Alzheimer’s his quality of life slowly diminished until it took him from us.The family would like to thank Dr. Wilson and the Manitoulin Lodge caregivers for their professionalism during a very trying time. A private family visitation will be held, then burial at Gordon Cemetery. As expressions of sympathy, memorial donations may be made to the Angel Bus or charity of choice.