ORILLIA – Lawyer David Nawegahbow has been on the front lines of the legal system fighting for Indigenous and treaty rights for his entire career. His name is likely familiar to many due to his most recent case as lead counsel on the Huron Robinson Annuities case. On Thursday, June 17 Mr. Nawegahbow was honoured with a Justice Award from the prestigious Advocates Society.

“My Anishinaabe name is Giizganaang, which means Daystar and Maahiingan n’dodem, my clan is Wolf Clan,” he introduced himself in his acceptance remarks.

“I’m honoured to be receiving the Award of Justice from the Advocates Society and I want to acknowledge the executive and the board of the society for their work in promoting excellence in advocacy and a strong and independent bar,” he said. “I want say miigwetch to my law partner, Dianne Corbiere, for nominating me and to Brian Gover and Harry La Forme for supporting my nomination. I also want to thank the selection committee for choosing me.”

In accepting the award, Mr. Nawegahbow said he was mindful of former recipients of the award. “Including Joe Arvay, who passed away recently. I had occasion to work with Joe most recently on the Robinson Huron Treaty case. I am humbled to be in the company of great advocates like Joe Arvay and other former recipients.”

“I am especially grateful because the award recognizes the causes I have advocated,” he said. “According to the criteria, it is given to advocates representing causes that may be ‘politically or socially unpopular.’ Thankfully, Indigenous causes have become less unpopular in the 40 years I have been a lawyer and I believe it is in large part due to the efforts of advocates who have brought forward issues like aboriginal and treaty rights, the impact of Residential Schools and systemic discrimination in child welfare.”

Mr. Nawegahbow went on to acknowledge the role of the Advocates Society in advancing reconciliation, “particularly in publishing a ‘Guide for Lawyers Working with Indigenous People’ done in partnership with the Indigenous Bar Association and the Law Society of Ontario.” Mr. Nawegahbow served on the board of the Advocates Society for a number of years and helped to produce that guiding document.

“In closing, I want to say miigwetch to the lawyers and staff at Nahwegahbow Corbiere for working so hard to advance the rights of First Nations,” he said. “Last, and most importantly, I want to thank my wife, Lois, and my kids, Alexandra and Nicholas, for their undying love and patience throughout the years, which has allowed me to pursue the cause of justice for First Nations. Miigwetch, miigwetch, miigwetch.” 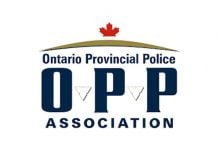 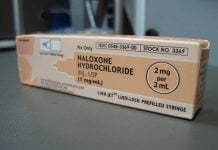 No emergency: Not Canada Revenue Agency calling…it’s just a scam

Tom Sasvari - July 28, 2021
MANITOULIN - A Manitoulin Island senior was lucky to recognize someone was trying to scam her out of money when she received a call...