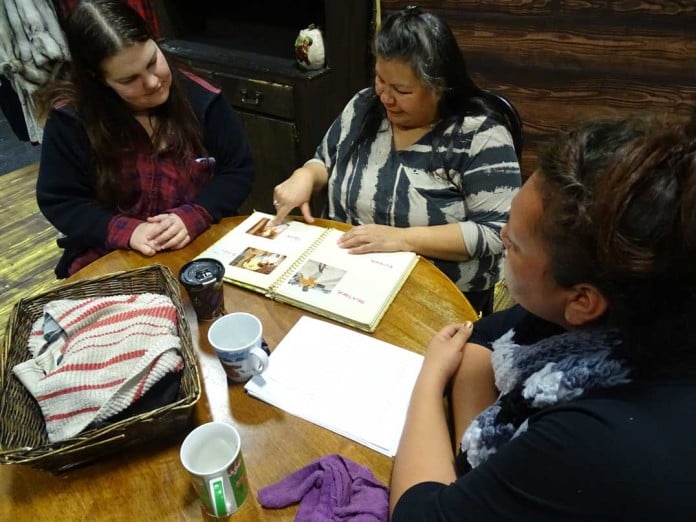 MANITOWANING—Debajehmujg Storytellers are returning to their roots for this year’s Christmas show, taking to the stage following a theatrical hiatus for a production of Drew Hayden Taylor’s ‘SOMEDAY.’

The story in ‘SOMEDAY,’ though told through fictional characters and full of Taylor’s distinctive wit and humour, is based on the real-life tragedies suffered by many Native Canadian families. Anne Wabung’s daughter was taken away by children’s aid workers when the girl was only a toddler. It is Christmastime 35 years later, and Anne’s yearning to see her now-grown daughter is stronger than ever. When the family is finally reunited, however, the dreams of neither women are fulfilled. The setting for the play is a fictional Ojibwe community but could be any reserve in Canada, where thousands of Native children were removed from their families in what is known as the “60s scoop.” ‘SOMEDAY’ is an entertaining, humourous, and spirited play that packs an intense emotional wallop.

‘SOMEDAY’ features a cast of Bruce Naokwegijig, Tabitha Peltier, Marie C. Ritchie and, after some time behind the scenes, the return to the stage of Audrey Wemigwans. ‘SOMEDAY’ is directed by Joe Osawabine.

“We first produced it (‘SOMEDAY’) back in 1991, under the guidance of the company’s late artistic director Larry Lewis,” Mr. Osawabine explained.

The Debaj crew was pondering what to do for their annual Christmas production and decided to bring it back, partially in response to the public’s request for another play, as of late Debajehmujig has been turning its focus to land-based arts.

“It’s not the happiest of Christmas stories, but it’s an issue that’s relevant still with many people not knowing their family,” Mr. Osawabine said.

“The first act doesn’t prepare you for what’s going to happen in the second act,” he added. “But there’s lot of humour—it’s a very funny show.”

Debajehmujig is also taking staff and group bookings for your Christmas staff party with only a few dates, December 7 to 10 and December 15, left available for group bookings.