Well, off might be a bit of a misnomer, as Deputy Grand Council Chief Hare still has plenty of work on his plate heading into the election.

“I have officially mailed my last pamphlet out to all of the leadership,” confirmed Deputy Grand Council Chief Hare, whose candidacy has been an open secret for several months. Deputy Chief Hare said that he wanted to inform all of the Anishinabek Nation chiefs of his decision before making the announcement public.

Deputy Grand Council Chief Hare’s key platform slogan is “Let’s All Work Together” and that is a concept the veteran Anishinaabe leader said is key to his approach to dealing with challenges going forward.

Deputy Grand Council Chief Hare noted that the Anishinaabe Education System is now live, transferring control over education in 23 of the 40 some communities that make up the Anishinabek Nation. “It would be great to get them all together, but it has to be the decision of those communities to come on board,” he said.

There are a lot of issues on the horizon, not the least of which is the impact of the legalization of marijuana. “I wasn’t in favour of it from the start, in fact I was against it 100 percent,” said Deputy Grand Council Chief Hare, but with legalization taking place finding ways to deal with it will be important. “We have to educate ourselves on it. There will be a lot of issues. Even the federal government don’t seem to know what to do with it yet.”

Helming an organization dealing with more than 40 sovereign entities requires a deft hand in diplomacy, and a sensitivity to the issues and how they relate to those communities.

Deputy Grand Council Chief Hare is no stranger to elections, having run in 18 elections over the course of his 33 years in Anishinabe politics, all but one successfully. This will be his fourth term, marking 12 years, as deputy grand chief, so he has definitely put in the time learning the ropes. 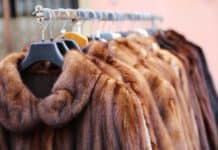