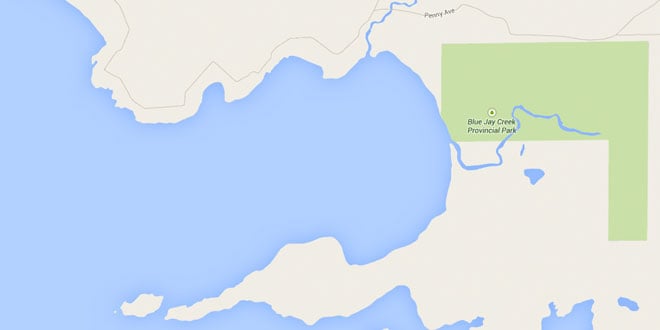 Cites offer to purchase was accepted by SPMD and previous owner

MICHAEL’S BAY—Last week’s Expositor article on the Michael’s Bay properties drew an agitated response from developer JM Pellerin, who has been attempting to purchase the property.

Mr. Pellerin expressed frustration with what he termed “inaccurate information” being presented to the public regarding the ongoing saga of the Michael’s Bay property. The property, which includes the former Michael’s Bay townsite and the Royal Michael’s Bay Restaurant, has been a centre of controversy for several decades, but the latest convolutions involving the property have been exceptionally confusing for those attempting to understand its permutations, particularly following the seizure of the property as proceeds of crime by Public Works Canada: Seized Property Management Directorate (SPMD) in November.

A message was left for Mr. Pellerin prior to last week’s story going to print, but he was unable to respond to queries by presstime.

“Number one, my offer is still a legal issue,” he said when contacted by The Expositor, indicating that his offer was still very much in the picture. “There is an offer that was accepted by the SPMD. Last fall an addition was added to that offer and accepted. It is not a ‘done matter’ as Mr. (Doug) Tracy has claimed. We know what is in there a lot more than Mr. Tracy does.”

Although Mr. Pellerin had not previously mentioned that the SPMD had accepted an offer on the property in conversations with The Expositor, he explained “you don’t show all of your cards out of the box.”

The developer asserted that his original offer had been accepted by both the SPMD and Vandroemmes, but Mr. Pellerin said that a snag had occurred in securing the court’s agreement as the action had to be brought forward by the Vandroemme. “They were not in a position to do that at the time,” said Mr. Pellerin. “I offered to pay for a lawyer for Claire (Vandroemme), but our lawyer said that would be a conflict of interest,” he said.

Manitoulin realtor Isobel Edwards confirmed that the offer to purchase from Mr. Pellerin’s group was accepted by the SPMD. She described the process of dealing with the government bureaucracy as something of an out of control three-ring circus.

“People are not taking responsibility for what is happening,” she said of the government’s representatives. “Nobody said ‘we need this’ or ‘we need that’. Then when they had everything done, they would put something else up. They were going this way and that like you wouldn’t believe.”

One of the concerns that needed to be addressed was the question of First Nations history of the property. Mr. Pellerin noted that it was necessary to take that into account and that analysis led to a change in the timing of the offer to February 2015. “We asked for an amendment to the terms and that was accepted by both the Vandroemmes and the SPMD,” he said. Then came a letter withdrawing the government’s acceptance of the offer. “That is what makes it a legal matter now,” said Mr. Pellerin.

Mr. Pellerin said that he intends to pursue a resolution to the situation and that he hopes that an amicable solution could be found. The developer said that he was dismayed that an individual who has no official capacity in the conversation and who did not have access to all of the information regarding negotiations over the property has interrupted the process—to the detriment of the employment of a dozen people.

“Mr. Tracy does not represent the township, we have a letter clearly stating that from the town. He does not represent the Michael’s Bay Historical Society, we have a letter from them stating that as well,” said Mr. Pellerin. “There is a lot of b.s. and a lot of politics behind his comments,” asserted the developer. “Mr. Tracy has to be made aware of the fact that there are a lot of people who are now out of work.”

“Mr. Tracy said he was disappointed that the property is in the hands of the federal government. Well, Mr. Tracy has to understand, there was an opportunity to work with someone locally,” he said. “The government is going to do what it wants. They have told us continually that they don’t care about what happens on the Island.” Mr. Pellerin said that the SPMD has repeatedly told his group that the deterioration of the property was not their concern. “You have got to pick your poison,” said the developer. “We are willing to work with people.” Mr. Pellerin points out that his communications with the federal government indicate that they have no concern with local interests or considerations.

Ms. Edwards agreed. “I don’t know why your paper keeps printing what Mr. Tracy is saying,” she said. “He doesn’t represent anyone, yet you print everything he says. Mr. Pellerin is trying to do something good here. He is trying to save what is there and he has gone through a lot of expense. If I were Mr. Pellerin I would have walked away a long time ago,” she said.

Tehkummah Reeve Eric Russell was reluctant to officially comment on the Michael’s Bay property. “I don’t want to comment on it officially because it is before the federal government,” he said. “(But) it seems Doug Tracy is more in the loop on this than we are,” he said. “We need to discuss this at council before I comment.”

On a personal level, Mr. Russell, whose son, author Derek Russell, is writing a definitive history on the site that should be available in the new year, was adamant that he would like to see the site, particularly the cemeteries, protected. “I know there is a lot of confusion over the cemeteries,” said Mr. Russell. “They have one of my own ancestors as being buried there, they even have a cross set up, but I can show you his tombstone (in another graveyard).” Mr. Russell noted that it was not at all uncommon for people to repatriate their family member’s remains to their home community following their demise, much like the situation with those working in remote mining and forestry communities today.

Mr. Russell said that he would be willing to discuss the situation at Michael’s Bay sometime in the early new year, after the new council had an opportunity to discuss the matter.

Mr. Pellerin agreed that he had outlaid his own funds to stem the damage at the Royal Michael’s Bay Restaurant when he thought that he had a deal to purchase the property in place and further that he had spent his own money to purchase groceries to assist the restaurant in staying open for the Hunter’s Dinner.

“People are making decisions based on what is out there,” he said. “Mr. Tracy is wrong putting out his viewpoint without knowing all the facts.”

“I want to make sure that people understand that it is the SPMD and their representative do not care or have an interest in what is going on,” he said. Mr. Pellerin asserted that the SPMD did not inform the previous owners of the condition of the property as it was deteriorating. “As the people who were supposed to be managing the property, they had an obligation to inform Claire (Vandroemme) of what was happening with the property.”

Mr. Pellerin and Ms. Edwards both noted that the Township of Tehkummah is owed a considerable amount of back taxes on the property, money that will likely remain in limbo for some time judging by a recent response he has received from the SPMD.

“Those tax dollars are owed to the township and now they will have to wait even longer,” said Ms. Edwards. “Mr. Pellerin was going to pay those taxes. He was going to make something of the property. He was going to put up a monument to commemorate the site. He was going to put people to work. But all he seems to get from people are roadblocks. Why is nobody in the government standing up for the best interests of the community?”

A letter sent to Mr. Pellerin’s counsel from Danielle Pilon, SPMD case officer in charge of the property and forwarded to The Expositor, makes it clear the property’s status is likely to remain in question for some time to come. “That being said, I would like to emphasize that prior to disposal of a forfeited property, the SPMD must follow a rigorous process that involves administrative and legal analysis which may take several months. Since we can’t predict the outcome of these analysis, and considering the complexity of this file, we cannot assert that the property will be available for an eventual purchase by your client,” reads the letter dated December 2, 2014. “In the event that the property is offered for sale, SPMD will proceed through a real estate agent who will list the property. Therefore, anyone that is interested by the property would be entitled to submit an Offer to Purchase. In such case, your client would have the opportunity to make an offer. Any offer received through the SPMD’s realtor will be considered diligently.”

Mr. Pellerin noted that his offer to purchase the Michael’s Bay property is still on record and that offer closes in February of 2015. “My offer was generous when it was made,” he said. “That was before the damage to the property was allowed to occur, significantly reducing the value of the property.”