If there is a single aspect of Canadian culture that highlights the schism between those of us who live in rural communities and our urban cousins, it is the annual pilgrimage to the hunt camp each fall, a ritual where hunters shiver throughout the day in (mostly) unheated tree stands and blinds, awaiting an opportunity to ambush one of the Creator’s woodland creatures, disembowel the hapless critter, wrap portions of its anatomy in paper and load those portions into a freezer to be devoured with relish (or chutney) over the coming year.

Now this is a bit of an exaggeration, of course, as not all rural residents cherish or even support hunting and plenty of city mice don camo and long johns to eagerly to head out to a property in the country each fall.

To many city folk, this whole hunting thing seems rather barbaric. A throwback to a time of caves, furs and wild outlandish suits featuring stylish high neck collars—all far beyond their best before date seen through the urban prism.

But the annual hunt is a time-honoured ritual in the rural portions of our nation and among those who are still very much attached and attuned to the land. Hunting season is a time when old friends and family gather to reminisce over those no longer there, to catch up on what has been going on in people’s lives and to, dare we say, bond. Killing the odd woodland creature is almost something of an afterthought, or would be if they were not so delicious.

To a city dweller a gun is a weapon created simply to kill, used by bad guys to rape, rob and otherwise terrify unsuspecting hapless victims on their way to collect a low-fat pumpkin latte.

To a rural resident the gun is simply a tool. A tool used by farmers to protect their crops and herds from the depredations of predators and by hunters to harvest a portion of wild meat.

There is much made of the treaty rights of the Indigenous to a traditional harvest, but to the rural resident that tradition also exists and has existed since the first settlers came to this land and to many adherents of the hunt, just as sacred.

Both of these groups are among the staunchest of conservationists. Yes, exceptions exist in both groups in this regard, but they are very definitely not the rule in either group. In this matter of the sanctity of the hunt, hunters Indigenous and settler are largely congruent. Woe be onto those who would seek to pry our hunt from our cold dead hands. What many progressive politicians fail to understand (again, not all), is that it is not the gun that rural residents fear to lose, it is the ritual of the hunt.

Whole families have grown up in the annual rituals of the hunt camp. Groups of hunters travel thousands of miles in an annual migration to rival the swallows of Capistrano to take part. Each member of the camp having their role to play. Then there is the fellow who couldn’t make toast in his downtown condo who, nonetheless, plans, shops and gathers the ingredients for the hunt camp meals.

It isn’t just the menfolk either, this is a full on person event. There are hunt camps that are refuges for the male of the species, but a very good many Island women also look forward to the hunt camp ritual and plenty of daughters, as well as sons, have been schooled in the basics of firearm safety first and foremost by their parents.

Card games and conversations held over the hum of Coleman lanterns and chilled mornings warmed by the rich flavour of coffee brewed over a fire or on a wood stove are memories etched into the very psyche of most rural residents.

Politicians of all stripes have to come to an understanding that the divide over gun control in this country isn’t about guns, it’s about an ingrained culture that is both traditional and sacred to the practitioners of the hunt. It’s time to find ways to bridge those divides and create understanding, not to exploit our differences in order to gain or maintain power. 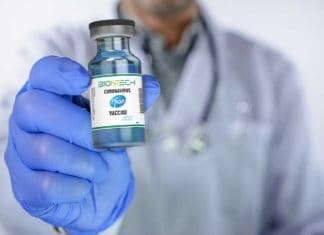 Michael Erskine - January 27, 2021
LITTLE CURRENT - The COVID-19 pandemic has ravaged the budgets of both private and public services this year, with the requirements for...