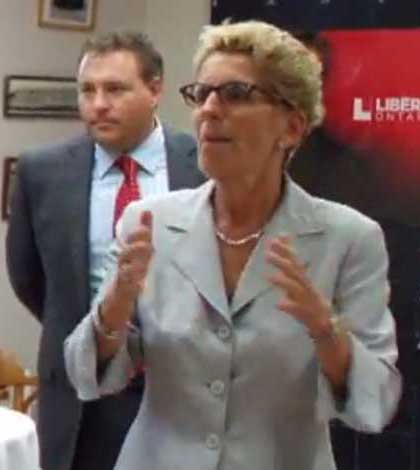 A quote from Kathleen Wynne: “Sometimes we Ontario Liberals are accused of not taking rural, agricultural and small town issues seriously. I am going to change that,” said Ms. Wynne. “To demonstrate my personal commitment to rural and small town Ontario and to make sure that a government I lead gets it right, as Leader and Premier I will appoint myself the Minister of Agriculture, Food and Rural Affairs for at least one year.”

As a mayor of a rural municipality I was appalled by the recent OMPF (Ontario Municipal Partnership Fund) announcement from the province for 2014, because it completely goes against the premier’s mandate when running for leadership. Our municipality (along with many others in Ontario) would have to raise property taxes up to $125 per household or approximately 15 percent just to have the same funds as 2013 for policing as well as maintenance of infrastructure, this after taking a five percent cut in the 2013 calendar year.

This will be a cut of 25 million dollars across Ontario for 2014, just think how many years the $1.1 billion from that one cancelled gas plant would have kept our municipalities paying police costs (which have been rising 10 percent per year) across the province?

It is obvious that the Wynne government is using one of the oldest political ploys in history: “divide and conquer” by giving the urban communities a larger share of the OMPF funding at the expense of rural and small town communities for 2014 and possibly beyond as we have been warned.

The federal transfer payments to Ontario have risen from $1,299 per capita in 2011 to $1,457 in 2013. The Ontario government could at least hold the payments to municipalities the same.

The most recent TV ad, showing the premier jogging through rural Ontario, where she says, “I also set goals—really hard to accomplish goals—and never stop until they’re done,” should be pulled for being so disingenuous!

I urge you to contact your MPP, no matter what party, to demand that we in rural communities deserve better. This is a huge insult to rural municipalities of Ontario!