EDITOR’S NOTE: This fall, the Sheguiandah Seniors’ Hall will play host to a Sheg Bears reunion, the famed, short-lived team from the small community that took senior hockey by storm in the late 1950s and early 1960s. With a little research and investigation into the team, the scope and the gravity of Senior Hockey on Manitoulin from the 1940s to the 1960s was realized and readers can consider this the first story in an ongoing series on the famous Manitoulin Hockey League this fall, when hockey season begins in earnest.

SHEGUIANDAH—It’s been 50 years since the Sheguiandah (Sheg) Bears took home the coveted Pearson Trophy, beating out arch-rivals Little Current for the third year in a row in the Manitoulin Hockey League’s (MHL) Senior Hockey division, but the memories remain of the glory days when the little arena on Townline Road was filled to the rafters, quite literally, with cheering fans.

John Bowerman of Sheguiandah grew up in Tehkummah, but remembers the days of the MHL and going to watch the Bears play as a boy and decided, with the help of Gail Gjos, to put together a Bears reunion, hopefully this fall, at the Sheguiandah Seniors’ Hall.

This prompted The Expositor to contact some of the former players to share their Bears tales and chat about ‘the little team that could.’

Centreman Bill Strain explained that the league played some fast hockey and that it was tough, but certainly not dirty. He remembers fondly fellow players from other teams as well as his teammates, including Eugene Francis.

“He was super hot player,” he remembered. “He had a slapshot that was just unheard of. I remember he got a penalty shot one night. Eugene took two steps from the centre line and sent a slapshot from centre ice and scored! Bob Hoskins was the goalie for Little Current and had no idea why everyone was cheering, Eugene was still at centre ice,” Mr. Strain chuckled.

“Boy, I felt sorry for Bobby Hoskins that day,” Clive Collins remembered, adding that Mr. Francis never played with shoulder pads as it “limited his movement.” He obviously had a point.

Sheguiandah was, as it remains today, a small village, with not enough players to ice their own senior team. Left winger Bill Keatley explained that the Sheg boys formed relationships with other players, including many from Birch Island as well as from Willisville and Whitefish Falls.

“A lot of us went to high school with the Birch Island boys,” Mr. Keatley noted, explaining that the year before the Bears started to play, Birch Island had its own team and played home games in Sheguiandah, as the team didn’t have its own arena.

A few of the Bears worked for the Department of Highways in those days and often had to spend time in ‘camp’ at Whitefish Falls, thus forming more relationships with the local players.

“These things just sort of came together,” Mr. Keatley added. “There were so many different communities represented and everyone got on together so well. We had a real good team.”

Mr. Keatley said he remembers the Bears first season of play and the laughs aimed in their direction at the thought of Sheg in the senior league.

“One game, right at the first of the season, our first game, we played Killarney and beat them 5-0,” he said. “Killarney was a good team to play against. You had to keep your head up.”

Bill Trimmer, right wing for the famed ‘B’ line, comprised of himself, Mr. Strain and Mr. Keatley—the three Bills—also remembers that first year.

“There were a lot of losses in the first couple of years,” Mr. Trimmer remembered, but said eventually, the team just “clicked.”

The former Bear remembered that the team’s captain, George Collins, would play all 60 minutes of the game, never leaving the ice.

“The whole community was behind them,” said Helen Trimmer, Bill’s wife and number one fan. “I bet there wasn’t one household that didn’t have someone attend the games or even all of them. Everything stopped for the hockey game—life was scheduled around it,” she added.

These same loyal fans that packed the little Sheguiandah arena every weekend also helped to ice the team, Mr. Trimmer explained, with the admission being split between the municipality and the hockey club. Players didn’t have to pay for sticks, socks or sweaters.

Clive Collins noted the dedication of the late Dave Strain, Jim Ferguson and Burt Dunlop in getting the Bears organized. “It was a real community effort,” he said. “They gave their time and vehicles to us to run us all over the place. It was quite a thing for such a small community.”

Like the other players, Mr. Trimmer remembered his seasons with the Bears the most fondly of his long hockey career.

“Our hockey team was like a family,” he said. “Everyone was so dedicated to it. It was clean, good hockey.”

Ms. Trimmer remembered one unforgettable trip to Wikwemikong during their Sunday home game to cheer on the Bears. After losing to Sheg, the Wikwemikong crowd was an unhappy one, with the girlfriends and wives of the players racing down the steep stairs to the dressing rooms to hide out, lest an ugly altercation occur.

“Bill Strain’s father, Dave Strain, led us all out to the bus, two hockey sticks swinging,” she laughed. “The crowd was always throwing anything they could find out on the ice, too—from pieces of wood to fish. The referee for those games was (the late) Fred Sagle and they would taunt him, calling him Seagull.”

The Expositor, in its research so far, has heard numerous stories of narrow escapes from arenas across Manitoulin—a testament to the seriousness of the game at the time.

All of the players noted the Bears’ rivalry with Little Current.

“Every time we won the Pearson trophy, it was against Little Current,” Mr. Collins noted.

Mr. Trimmer said his rivalry was a little more personal, having been told one Saturday morning that as a Howland resident, he would no longer be playing hockey with Little Current. “They didn’t let me play and I was going to make it come back to haunt them,” he explained. “And we did.”

“Little Current had a real good team just before the Bears,” Mr. Keatley added. “Little Current was an older team and they had won the thing two or three times in a row.”

After the three-time win, the Bears “just kind of fizzled out,” explained Mr. Trimmer.

Players moved away, got married, had children and while many continued to play for other communities, the Sheg Bears remained just a memory.

The photo of the victorious Bears in 1961 remains with the Pearson Trophy—donated by Prime Minister and MP for Algoma East, of which Manitoulin was a part, Lester B. Pearson—at the Northeast Town arena to this day and while almost half of the original team has passed away, those that remain share a great pride in having donned the Bears jersey those 50 years ago.

To share your memories, photos and memorabilia of the Sheg Bears for the upcoming reunion, please contact John Bowerman at 705-368-1688. 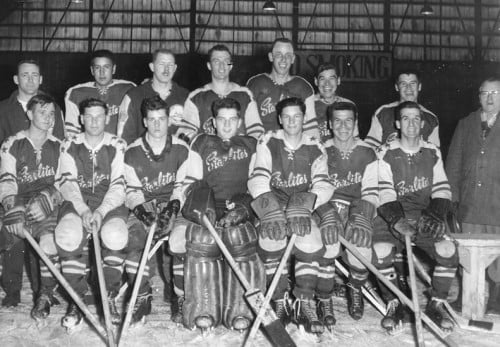 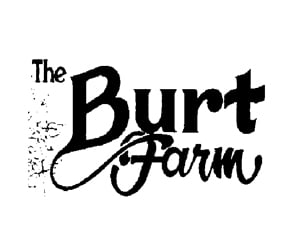