MINDEMOYA – The Manitoulin Island-Wide Climate Change Risk Assessment is well underway and representatives from its two lead organizations met with a contingent of Friends of Misery Bay (FOMB) members in Mindemoya last month to discuss the impacts of climate change they have witnessed in their environment.

“Ultimately, it’s an educational piece for a lot of people. It raises awareness on the topic of climate change and it’s important to conclude with solutions and things that have been done that can be adapted (for Manitoulin Island) to inspire action from people and improve climate resilience,” said Al Douglas, president of the Climate Risk Institute.

The Expositor first reported on the collaboration between the Ontario Centre for Climate Impacts and Adaptation Resources and Manitoulin Streams Improvement Association in November of 2017. This past summer, that centre transitioned into the Climate Risk Institute.

Mr. Douglas owns Hide Away Lodge in Kagawong and has been visiting the Island seasonally since his youth. He approached Manitoulin Streams to see if they would be willing to take part and assist in gathering and organizing data pertaining to the on-the-ground impacts of climate change on the Island.

“For a couple of years we’ve been collecting data and information to piece together what we know about a) how the climate is changing and b) how it’s impacting people, property and ecosystems with the ultimate goal of getting a risk assessment to come up with solutions—things we can do to manage the risks associated with climate change,” said Mr. Douglas.

The Island-Wide Climate Change Risk Assessment is an ongoing process and its estimated completion date is still unsettled, though Mr. Douglas said most of the data collection has concluded.

At the presentation, he shared information on climate change projections for the Gore Bay area—the only place on Manitoulin Island that still has an active Environment Canada weather monitoring station and also has records dating back to March of 1881. This enabled the researchers to establish a baseline climate trend and compare changes and establish predictions.

He added that his organization keeps up-to-date on new developments in climate science and the meeting was also an opportunity to give the attendees the most recent information that pertains to the changing conditions on Earth.

“From discussions I had at the door, they seemed to appreciate the content. They appreciated the new and recent information and they appreciated the fact that we were focusing on solutions and presented them in a way that it wasn’t super scientific; it was relatively easy to understand,” said Mr. Douglas.

One of the attendees was Island climate advocate Jan McQuay, who said she participated in the meeting a great deal.

“This kind of conversation needs to take place over and over and over again until we start developing real solutions,” she said, noting that Billings’ and Central Manitoulin’s climate change co-ordinator is scheduled to host public information sessions this fall to further the discussion.

“We were mostly talking about mitigation and what we’re looking at if we don’t mitigate. It was really fascinating,” said Ms. McQuay.

Manitoulin Streams’ Liam Campbell has been working to gather a great deal of climate data on the Island as part of that organization’s contribution to the project. He presented at the meeting about what impacts may arise on the municipal level and the trends his data has revealed.

Ms. McQuay said she was inspired to see so many people in attendance who were committed to taking action to protect the environment and fight the effects of human-caused climate change. However, she acknowledged much work lies ahead if humanity is to make significant progress in the fight against climate change.

The event was invite-only for the FOMB, something Mr. Douglas said was done because of FOMB’s partnership with Climate Risk Institute.

“We were looking for a conversation about how people have seen or experienced climate change particularly in the ecosystems in the area of Misery Bay,” he said. “People who attended the session had shared comments that it might be a good idea to open future meetings to the public and I think that’s a good idea as well.”

Ms. McQuay noted that climate predictions are leaning toward increasing drought in summers with greater precipitation in the shoulder season, something that will tax many industries and individuals, especially Manitoulin’s agriculture sector. 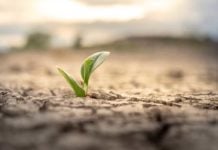 Tom Sasvari - September 22, 2021
GORE BAY - It might have been in a different form this year, but the annual Gore Bay International Lace Camp, held virtually, proved...