I lived and worked in Sudbury for 35 years and have known Gerry Lougheed Jr. and the Lougheed family for all that time.

We both worked in politics Gerry, Liberals, and myself, Conservatives. I can tell you as fact that when the Premier’s Office called and asked you to do something, you did it, and relied on that office to ensure what they were asking you to do was legal.

Gerry did the same thing. We both were volunteers for our parties and had to run businesses full time. We both relied on our political masters, particularly the premier, to ensure that what we did was legit.

In this case not only Gerry but the premier’s point person Patricia Sorbara was present at the Sudbury meetings. So not only should Sorbara be charged but also Wynne.

Of course, this is unlikely to happen because the OPP head is also a political appointment. Moreover, the shameful display by Liberals in the house is all wrong.

The matter of “we cannot say anything because it is before the courts” is nonsense. In this country we are still “innocent until proven guilty” and the matter is not before the courts. Charges have been laid, that is all.

Wynne should talk or resign. At least the Mafia have their code of honour and obviously the Liberals have none. To besmirch a wonderful man like Gerry Lougheed is disgusting!

A less than enthusastic response to the acclamation of chair 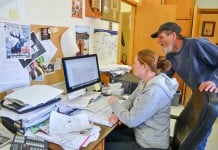 Harper exhorted to channel his 2005 self