GORE BAY – The accolades for the short film ‘The Philanthropist’ keep coming!

The horror film, which was shot and produced by Laps in Judgement Studios and filmed in both Gore Bay and Espanola Massey two years ago, has been cited for two more awards.

‘The Philanthropist’ has won a couple of awards, just announced last night,” Dylon Whyte of Gore Bay, who played the lead role of the philanthropist in the film, told the Recorder on Tuesday. “Our little horror film took the Northern Appalachian Film Collective (NAFC) Halloween Horror Festival by storm, winning best horror film.” Mr. Whyte himself was also selected for the award of best male lead by NAFC. “My head’s been inflated since yesterday,” he quipped.

Jayson Stewart, writer/director of the indie film, told the Recorder, “We won both for best horror film and Dylon won for best male lead. This is Dylon’s second best actor nod for his stunning and eerie portrayal of the title character. Dylon last won the best actor award at the 2019 Berlin Underground Film Festival. Way to go Dylon and the rest of the incredible cast and crew of ‘The Philanthropist’.”

Inspired by such cinematic aesthetics as David Lynch’s ‘Twin Peaks,’ ‘The X-Files’ and Stephen King’s short stories, ‘The Philanthropist’ has been sent to film festivals around the world.

The principal cast consists of four main actors: Heather Stevenson (Sudbury), Liliane Chretien (Sudbury), Autumn Buratynski (Espanola) and Mr. White (Gore Bay). The three-way storyline focuses on three women as they plead their cases to a philanthropist (Mr. Whyte) and pose the question, ‘Will they walk away with their fortunes or never leave his office at all?’ Each with their own tale of woe, they appeal to his generosity. Some will be rewarded. Some will be punished.

“We’ve had a good haul, we have been featured at three film festivals in the last month,” added Mr. Stewart. 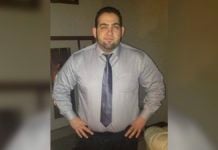 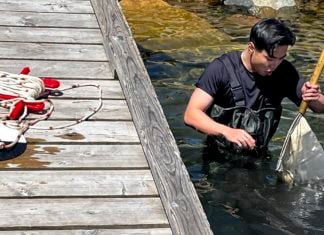 Lori Thompson, Local Journalism Initiative Reporter - May 25, 2022
Sheguiandah–Dawn Bazely first came to Manitoulin on an ecology field trip as a third-year undergraduate student at the University of Toronto in 1979. She...