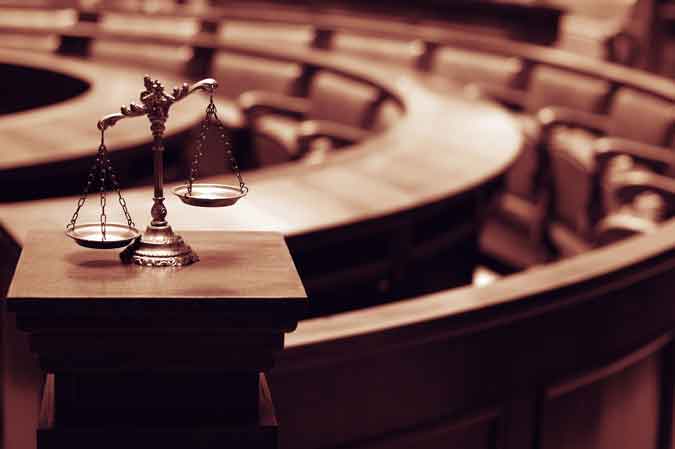 GORE BAY—A Gore Bay man is not guilty of charges of refusing or failing to provide a breath sample and resisting arrest, after bringing a Charter application for exclusion of evidence based on a breach of his rights under Section 8 of the Canadian Charter of Rights and Freedoms.

Jeffrey Cordeiro was detained on December 5, 2021 after a Gore Bay resident called police to report a single motor vehicle accident. The vehicle had gone across the witness’ yard and ended up in the ditch, about 20 feet away.

The Court heard that an Ontario Provincial Police (OPP) officer, Cst. Leighton, the investigating officer, arrived at the scene soon after the call but did not speak with the witness. The investigating officer followed tracks in the snow, from the vehicle in question to a man (Mr. Cordeiro) walking along the roadside and stopped the man for questioning. He detected the smell of alcohol and that, along with the tracks that suggested to him some staggering and a fall, led to Cst. Leighton placing Mr. Cordeiro under arrest. Mr. Cordeiro resisted but was subdued with assistance from a second officer, Cst. Pilon, that had arrived at the scene. After Mr. Cordeiro was brought to the Gore Bay OPP detachment, he refused to comply with the demand for a breath sample.

Mr. Cordeiro brought a Charter application for exclusion of evidence, based on a breach of his rights under section 8 of the Charter, which is the right to be secure based on reasonable search and seizure. Justice Jessica Wolfe also considered section 9, the right to not be arbitrarily detained; section 10(a), the right to be informed promptly of why you are under arrest; and section 10(b), to retain and instruct counsel without delay and to be informed of that right.

To be found guilty of resisting arrest, Justice Wolfe explained in her decision, the Crown must prove beyond a reasonable doubt that the defendant “actively and intentionally” resisted a peace officer, rather than simply failing to cooperate. The officer must have been in lawful execution of their duties, and the lawfulness of the arrest had to be determined in relation to the circumstances that were apparent to the officer at the time of the arrest.

At issue in Mr. Cordeiro’s case was whether the investigating officer had “reasonable and probable” grounds to make the demand; if the demand was not valid then the arrest was not lawful, “therefore making your act of resisting valid, since citizens do not have to cooperate with an unlawful arrest,” Justice Wolfe said.

If the demand was deemed to be valid, the Court then had to determine if the failure to comply was wilful.

She stated the grounds for impaired required the officer to believe that there was evidence of impairment at any level from slight to great, but that evidence of alcohol consumption alone was not sufficient to meet the standard of reasonable and probable grounds. There was no evidence of red or glassy eyes, slurred speech, unsteadiness, disorientation or flushed skin. The investigating officer stated there were no concerns with Mr. Cordeiro’s speech except for rudeness. The officer also could not say if the smell of alcohol came from Mr. Cordeiro’s breath.

While the tracks in the snow could give rise to suspicion, she said, they were not grounds for impairment and no further investigation was done. No approved screening device was used at the roadside, although there was one available, and no field sobriety tests were conducted. In addition, no witnesses had observed Mr. Cordeiro in the vehicle and no keys were found on his person or in the vehicle despite two searches.

Mr. Cordeiro was found not guilty on both charges.