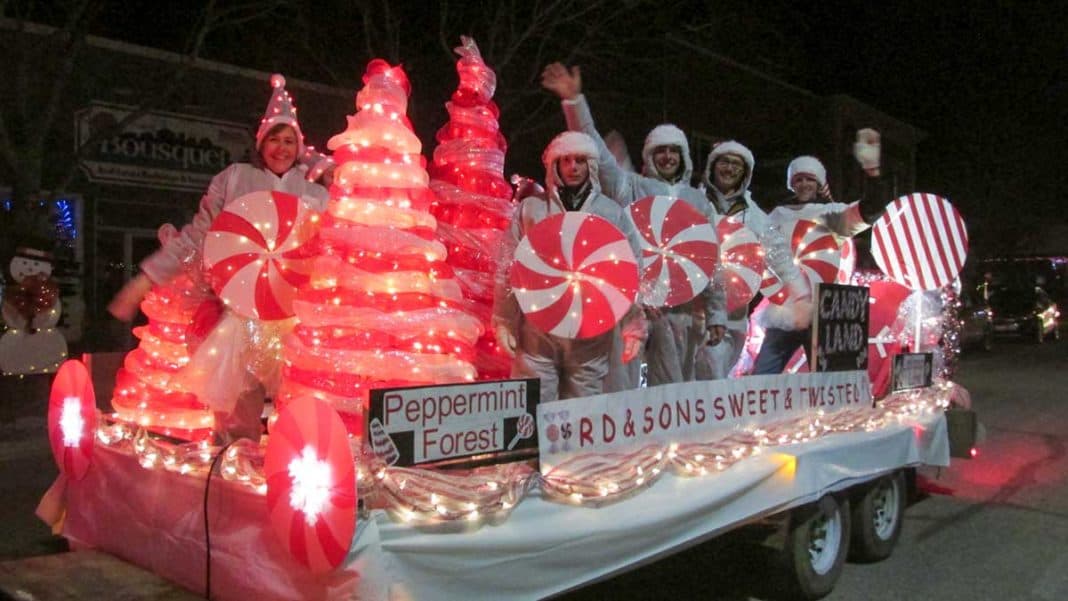 GORE BAY—Judging by the number of entries in the annual Gore Bay Santa Claus parade, the incredible creativity of those who participated and the large number of people who were either watching the parade in their car or physically distancing on Meredith Street this past Saturday, it was obvious everyone needed something to get into the Christmas spirit. This parade fit that bill!

And, no doubt, it was very difficult to pick the winners from the 16 floats entered into the parade.

Taking first place was the Rob and Shauna Dearing and family entry, R.D. and Sons’ ‘Sweet and Twisted’ float. The Occasions float ‘Candy Land’ took second place in the parade, while the Dan and Lynn Osborne and family entry, ‘An Alien Christmas,’ took third place.