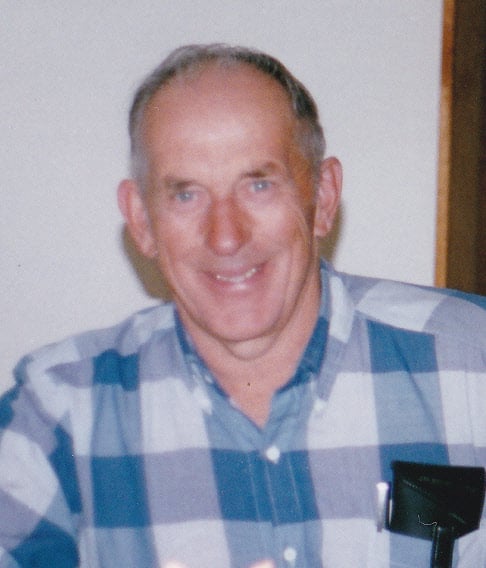 GRANT MOODY
Grant Moody of Espanola passed away at the Espanola Regional Hospital on Sunday, November 6, 2022 at the age of 89 years. Beloved husband to the late Joan Moody of Espanola. Dear son of the late Norman and the late Violet (nee Spry) Moody. Loving father of Kimberly and Brad (wife Judy) of Espanola. Dear brother of the late Everett (wife Rita predeceased) Moody and the late Lorraine (husband Doran predeceased) Bryant. Grant was a member of the Espanola Masonic Lodge No. 527. He worked at Inco for 38 years and enjoyed his retirement for 31 years. Grant was an avid outdoorsman and enjoyed spending his time fishing, hunting and dealer trading cars for McQuarrie Motors. Friends called at Bourcier Funeral Home, Espanola on Wednesday, November 9 from 6 to 8 pm. Funeral service was in the Bourcier Funeral Home, Espanola on Thursday, November 10, 2022 at 10 am with Reverend Whitney Bruno officiating. Interment was at the Hilly Grove Cemetery, Manitowaning following the service. If so desired, memorial tributes may be made to the Espanola General Hospital Hospice or the United Church of Espanola. Arrangements by Bourcier Funeral Home, Espanola.