SAN ANTONIO, TEXAS – A Haweater had a front-row seat to the brutal weather that hit a good portion of the state of Texas in February with a major winter storm.

“There are still quite a few people with no water,” stated Luann (Stephens) Butler, of San Antonio, Texas, when contacted by the Recorder late last week. “It was like nothing we’ve ever seen before—it was quite an experience.”

“Things were pretty bad for a week or so,” stated Ms. Butler, whose maiden name is Stephens (the sister of Richard Stephens, mayor of the Municipality of Central Manitoulin).

“I grew up on the family farm where Richard and Sharon (his wife) live (in Providence Bay),” Ms. Butler told the Recorder.

“It is normally very beautiful down here,” said Ms. Butler, who told the Recorder, “the week before the storm hit it was 80°F and sunny. And three days after the storm passed it was again 80°F. Crazy.”

“In San Antonio we got just a little under a foot of snow of one day. And the temperatures dropped down to six degrees, and nine the other day. All the power was out for several days.”

“It was a really tough experience on a lot of people,” she said, noting she and her husband, “are on a well, but even it froze. First we had sleet, and then snow, and that made for bad road conditions (as well as living conditions). The whole problem is that we don’t have the infrastructure in the city to handle this type of weather. We are not prepared for this type of weather.”

“The snow was beautiful to have for a few days but the extended freezing temperatures without heat or (running) water was extremely tough on thousands of families and seniors in San Antonio,” said Ms. Butler.
“Almost all businesses were closed, since the city does not have adequate equipment to deal with snow. Then the power grid let us down,” Ms. Butler continued.

On February 26, the Star Tribune reported that with tens of thousands of Houston, Texas area residents still without safe water, local officials told US President Joe Biden that many are still struggling. Texas was hit particularly hard by the Valentine’s weekend storm that battered multiple states. Unusually frigid conditions led to widespread power outages and frozen pipes that burst and flooded homes. Millions of residents were without heat and running water.

At least 40 people in Texas died as a result of the storm and, although the weather has returned to more normal temperatures, more than one million residents are still under orders to boil water before drinking it.

At the peak of the storm, more than 1.4 million residents were without power and 3.5 million were under boil-water notices in the country’s second largest state.

The Star Tribune reported that post-storm debate in Texas has centred on the state maintaining its own electrical grid and lack of storm preparation, including weatherization of key infrastructure. Some state officials initially blamed the blackouts on renewable energy even though Texas is a heavy user of fossil fuels like oil and gas.

President Biden has declared a major disaster in Texas and asked federal agencies to identify additional resources to aid the recovery.

“However, we are now thankful to be back to our normal Texas weather, in the 70s temperature-wise again,” Ms. Butler said last Friday. 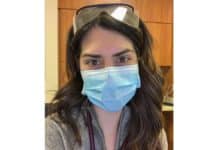 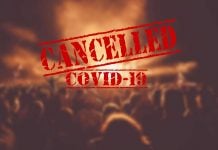 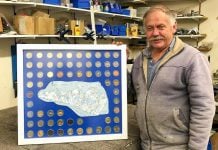