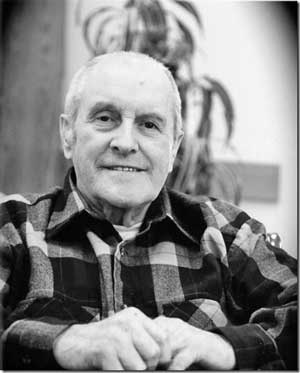 Henry Richard (Harry) Head passed away peacefully with his family by his side on Wednesday, April 8, 2015 in his 91st year. Beloved father of Doug (Barb), Sally (Doug) Young, Charlene (Ed) Levesque, Steve (Nancy), Murray (Monique), Dwayne (Louise), Wendy (Roy) Young and Beverley (Fred) Lewis. Harry will be sadly missed by 18 grandchildren, 23 great-grandchildren, as well as siblings Howard, William (Corleen), Jean Bond, brother-in-law Leonard Guay and many nieces, nephews and cousins. Predeceased by his wife Freda, parents William and Elizabeth (Middaugh), brothers Raymond, Tom and sisters Hazel (John) Campbell, Alice Guay and brother-in-law Raymond Bond. Harry was born on Manitoulin Island, where he grew up in Britainville. He married Alfreda Bailey in 1949. He started out working at various jobs on the Island including Lighthouse Keeper in Meldrum Bay, then he and Freda moved to Naughton, where Harry worked at Inco for 30 years before retiring. They then moved back to the Island, living on Indian Point Hill for many years. Harry loved family and adored all his children, grandchildren and great-grandchildren. He was very proud of all his kids. You would always get a warm welcome from him. His eyes always shone when his grandkids would show up. Harry had a great work ethic and passed it on to all his family, and he was always there when needed. A man loved by many. Friends and relatives may call at the Culgin Funeral Home, Gore Bay, on Wednesday, April 15, 2015 from 2 pm to 4 pm and 7 pm to 9 pm, where the funeral service will be held on Thursday, April 16, 2015 at 11 am. Interment Mills Cemetery. Memorial donations may be made to the Manitoulin Lodge as expressions of sympathy. www.culginfuneralhome.ca.

Tom Sasvari - January 13, 2022
ONTARIO - The province of Ontario has filed an appeal with the Supreme Court of Canada concerning the Robinson-Huron Treaty annuities case, which seeks...