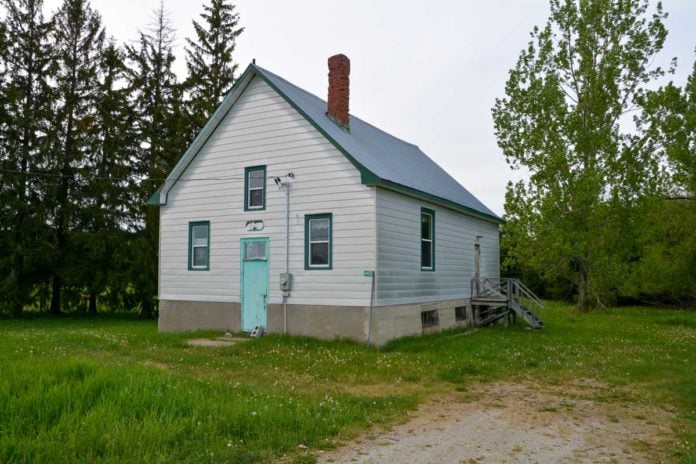 Trustees cite pandemic restrictions as ‘nail in the coffin’

GREEN BAY—Trustees of the Green Bay Hall came to a tough decision last month. Their beloved community hall, formerly the community school, will be placed on the market in the coming weeks as ongoing pandemic restrictions have made it impossible for the small group of volunteers to fundraise the money needed to keep the lights on and the taxes paid into the future.

The pandemic has been particularly tough on rural community halls, with doors forced to close and limitations placed on fundraising ventures. All community halls in the Northeast Town—Green Bay, Rockville and Sheguiandah—are owned by their respective community groups and are therefore subject to taxes and insurance.

Jack Ferguson, a trustee with the Green Bay Hall, said his hall relied heavily on card parties to see them through the year, but since they haven’t been able to host anything since 2020, the well is running dry.

Plus, he added, the popularity of euchre nights is waning. “Card players appear to be dwindling,” he added, “and our volunteers are getting older.”

The hall sits on the site of the original Green Bay school, which dates back to the 1800s. Many a Green Bay-ite attended school in this location, including Mr. Ferguson, until the Manitoulin School Board turned it over to Howland Township in the early 1970s.

“I hate to see anything happen to it, but I don’t see a way around it,” Mr. Ferguson continued. “We can’t even open the doors with this pandemic. We’ve got no income at all, but we’ve still got bills to pay.”

The Green Bay Hall’s annual operating expenses run at around $1,700 which include taxes, insurance and hydro.

Should the hall sell, the trustees will come up with ways to disperse the money to area causes, as well as to create an historic plaque to remember the school-turned hall. “But if it doesn’t sell, we’ll have to come up with something.”

“It’s a sad thing because this was always part of the community,” Mr. Ferguson added.

The Green Bay Hall will be listed with a local realtor in the coming weeks.