OTTAWA—The Canadian Radio-television and Telecomunications Commission (CRTC) wants to hear from interested persons on whether there is a need for a three-digit number for a national mental health crisis and suicide prevention service, similar to the 9-8-8 three digit code in the United States, it announced on June 3. The CRTC is currently examining the advantages, challenges and costs associated with deployment of this number.

In a statement, CRTC Chairperson and CEO Ian Scott said, “With physical distancing measures in place, the pandemic’s impact on mental health is even more apparent throughout the country. Suicide related calls, texts and chats have increased across Canada. We are asking Canadians and other interested parties for information to better understand the advantages and challenges associated with implementing a three-digit number for mental health crisis and suicide prevention services and how any challenges can be overcome.”

According to Statistics Canada, there were more than 4,000 deaths by suicide in Canada each year between the years of 2014 and 2018. In 2019, that number was 4,012, or about 11 Canadians dying by suicide each day. One third of deaths by suicide occur among people aged 45 to 59 years and rates are three times higher for men as compared to women. Suicide is the ninth leading cause of death in Canada; for youth and young adults aged 15 to 34 years, suicide is the second leading cause of death. Those numbers have been increasing since the beginning of the pandemic.

On December 11, 2020, federal MPs unanimously voted to support Conservative MP Todd Doherty’s (Cariboo-Prince George) motion calling on the federal government to “take immediate action in collaboration with our provinces to establish a national suicide prevention hotline that consolidates all suicide crisis numbers into one easy to remember three digit (988) hotline that is accessible to all Canadians.”

A September 2020 survey of 163 people living in Canada indicated a high level of interest and support among those surveyed, with 77 percent stating they would use a three-digit suicide prevention number themselves and 95 percent of those surveyed would provide a three digit number as a referral to others needing assistance. The report suggested the number should work similarly to 911, operate 24 hours per day and be manned by trained staff. The three-digit number should be the sole number for suicide prevention in Canada, with consideration to aligning this new number with the three-digit number used in the United States to “increase consistency, visibility and recall.”

More than 240 municipalities across the country have indicated their support of the hotline as have Canada’s major telecommunications providers including Bell, Rogers and Telus. The CRTC has included the investigation for a three-digit crisis number in its departmental plan for this fiscal year and in its 2021 spring budget, the federal government pledged to ensure funds are available for this investigation and for the hotline. Bill C-294, An Act to amend the Telecommunications Act (suicide prevention) has completed its first reading as of May 7, 2021.

The CRTC’s role in establishing three digit numbers is limited to administering phone numbers and requiring telecommunications service providers to implement this three-digit number across Canada. The CRTC doesn’t have authority over the organizations that provide emergency services via a three-digit number and this consultation will not address those emergency services. Questions that are under consideration include whether the CRTC should establish a national three-digit number for mental health crisis and suicide prevent services; how much time would it take to implement this; whether deployment across Canada should be phased in or occur at the same time; and whether the caller’s location should be captured automatically when they dial the three-digit number.

Comments will be accepted until September 1, 2021. Canadians can participate by filling out an online form at CRTC’s website, by mail to Secretary General, CRTC, Ottawa, ON K1A 0N2 or by sending a fax to 819-994-0218. 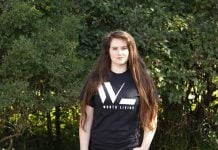