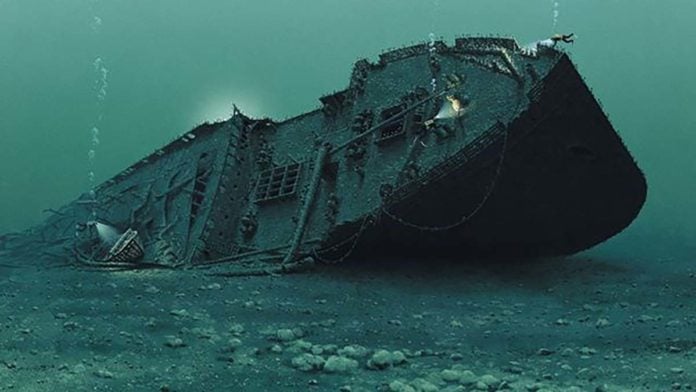 KAGAWONG—The Old Mill Heritage Centre’s History Day in Kagawong presentations have always proved popular and this year’s return to the Kagawong Park Centre on Thursday, August 11 with two presentations promises to be no exception. This year features the story of the wreck of the Empress of Ireland, often referred to as ‘Canada’s Titanic.’

“Maritime history has always been a theme for the Old Mill Heritage Centre,” said curator Rick Nelson. “We have had stories from the Griffon (the Great Lakes’ first European shipwreck), the lost Franklin expedition and the story of the wreck of the Northwind. The story of the Empress takes that to a whole new level.”

The first speaker, author David Saint-Pierre is a French-Canadian historian with post-graduate studies in contemporary history and author, who was born and raised on the shores of the St. Lawrence River in Eastern Quebec and has written a book on the Empress of Ireland. He has been a lecturer and professor of maritime history at the University in Rimouski and has published a number of articles and books over the years. Mr. Saint-Pierre has collaborated to practically all the books and documentaries made on the Empress of Ireland since the mid-1990s, in both English and French, and offers a wealth of knowledge.

Not to add too many spoilers for this year’s presentation, but the second presenter will be relaying the compelling story of a lost cadre of Salvation Army members. Salvation Army historian Major Ron Miller, a true “son of the regiment” who was born to missionary officer parents and spent his first few years of schooling in Hong Kong eventually settled in Winnipeg where he met and married his high-school sweetheart, Donna. After an exciting life doing missionary work across the globe, Mr. Miller became the Salvation Army archives director and his wife the accessionist/researcher at the archives, where their love for Salvation Army history over a lifetime continues to find meaningful and significant expression.

“Mr. Miller will be telling the story of the band who went down with the ship,” said Mr. Nelson. “The Salvation Army Band will be performing.”

Admission is by donation and goes to help support Old Mill Heritage Centre projects. History Day in Kagawong has two editions, both on Thursday, August 11, a matinee at 3:30 pm and an evening presentation at 7:30 pm.