MANITOWANING – Hugh Moggy has long been a fixture in community events in the Manitowaning and Assiginack area and the 86-year-old said he finds his motivation through a love for helping others and seeing his community grow and prosper.

“There’s been lots of things that I have certainly appreciated being able to help accomplish,” he said.

His introduction to volunteer organizations began as a young child when he joined the 4-H club. The Moggy family had a farmstead just five miles north of Manitowaning on Bidwell Road and this lifestyle introduced him into the club—and volunteerism in the broader sense.

He stuck with 4-H until he had climbed the ranks and became the president of the Assiginack chapter of the youth agricultural society.

“My mom and dad were quite involved in the community, too,” he said, noting that his father served as reeve of Assiginack Township for some time.

In his teenage years he joined the Manitowaning Agricultural Society; Mr. Moggy still plays an active role in helping to organize and run events for the group such as the popular annual Manitowaning Fall Fair, Northern Ontario’s longest-running community fall fair. He served as president of that organization for some time, too.

From there, he further contributed during a six-year stint with the school board in Assiginack.

His main focus as he reflects, however, began in his mid-40s when Mr. Moggy followed in his father’s footsteps to join the municipal council in Assiginack. He still serves as a councillor to this day.

“I’ve been there as reeve and a councillor for 46 years,” he said. “I had good councillors over the years when I was reeve.”

He used that team to advance several major projects for Manitowaning and Assiginack.

“I guess the biggest one was getting water and sewer here in Manitowaning,” he said. “Then there was us putting in the artificial ice (at the arena); going back a long ways, we did accomplish an awful lot.”

The Haweater has been proud to call Manitowaning his home and this has given him a sense of pride in place. He was born and raised on Manitoulin and has lived on the Island for nearly his whole life.

“I went to work for Bell for six weeks off-Island but I didn’t like it so I came back,” he said with a laugh.

Mr. Moggy has also been an active member within the horticultural society, where he currently serves as treasurer. Although he has never been a Lion, he regularly offers his support to Lions Club events and other initiatives whenever he is able to contribute.

As someone who has spent a lifetime of volunteering, he said he hoped the next generations would find inspiration to carry forward the proud tradition of giving back.

“I’d like to see a lot more young people get involved in the community; I think they would be an asset. I’ve been around too long now,” he said with a laugh.

“Anybody that wants to become more involved should get involved; they certainly would find great gratitude.”

Much of Mr. Moggy’s planning efforts over the coming year will be spent on Assiginack’s 150th anniversary. It officially falls this year, 2021, but the pandemic has made organizers rethink many of their ideas for how they can mark the occasion. 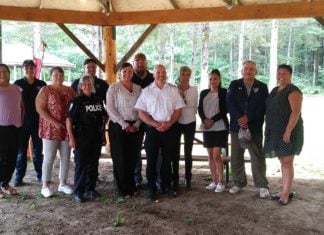 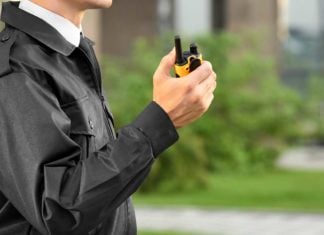