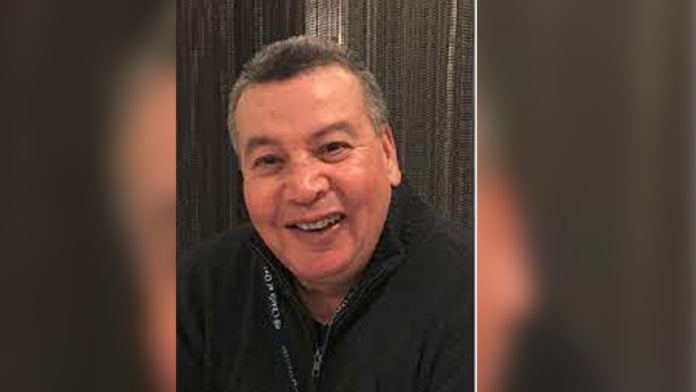 SPRING BAY— The Anishinabek Nation, friends and family are mourning the loss of Tony Jocko following a canoeing tragedy that claimed his life in the waters of Lake Huron near Spring Bay this past weekend. He was 68 years old.

On Saturday, July 3, shortly after 10 am, members of the Manitoulin detachment of the Ontario Provincial Police (OPP), OPP Canine unit the OPP Emergency Response Team (ERT), Ministry of Natural Resources and Forestry Marine Unit, and the Joint Rescue Coordination Centre (JRCC) Aircraft Trenton responded to a report of a canoe that had capsized in Lake Huron.

Investigation revealed that on Friday, July 2, Anthony (Howard) ‘Tony’ Jocko, age 68 of Hanmer and his wife Karen had left shore in a canoe, both wearing their personal floatation devices (PFDs). The canoe later capsized near Dominion Bay. Ms. Jocko was located awake and hypothermic by a civilian on July 3, close to the shoreline of Dominion Bay, and was transported to a local hospital by Sudbury-Manitoulin paramedic services.

Provincial Constable Bev Gauthier told The Expositor, “(Ms. Jocko) was found after she made it to the shore and spent the night on the rocks on the shore. She was located by a couple of cottagers.” Constable Gauthier explained the couple had gone out in their canoe after lunch on Friday, July 2. “They went out for a canoe ride and we understand the waters got rough and the canoe capsized.”

Mr. Jocko was a highly respected member of the Anishinabek Nation team, acting as its federal health policy analyst.

“I was shocked, I just heard yesterday,” said Ontario Regional Chief Glen Hare, who worked extensively with Mr. Jocko when the regional chief was the Anishinabek Nation grand council chief. “It hurts bad. That man helped so much in so many ways that nobody else could.”

“I will miss him, the Anishinaabe will miss him too,” said the regional chief, “everything—that man knew it all. When we sat down at the high level table, he was experienced in that area.”

Mr. Jocko figured prominently in The Expositor’s recent special supplement ‘Out of the Shadows,’ which looks extensively at the opioid crisis on Manitoulin. Mr. Jocko’s knowledge of the opioid crisis, especially as it pertains to the Anishnaabe, proved invaluable in helping to shine a light on this important subject.

The Anishinabek Nation released a statement to The Expositor following Mr. Jocko’s passing:

“Tony was admired by all those who worked with him. He had a wonderful sense of humour, and he was passionate about helping others. Tony once said that working in the health field is a calling and he answered it by starting his career as a paramedic. He joined the Anishinabek Nation in 2006, where he provided 15 years of exceptional advocacy work and service and received many accolades over the years – a testament to his vocation of serving others. Tony made many contributions with Cancer Care Ontario, worked to ensure continued access to dental and vision care, and contributed to our work in addictions. Without hesitation, he quickly stepped in when the COVID-19 pandemic required additional time, advocacy, support and supplies in our communities. He was an important contributor to our Pandemic Response Team and our Internal Coordination Committee that led our organizational response to this pandemic. For certain, his passing will leave a large void in our Anishinabek Nation Family.” 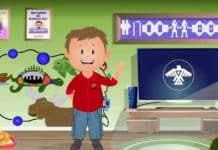