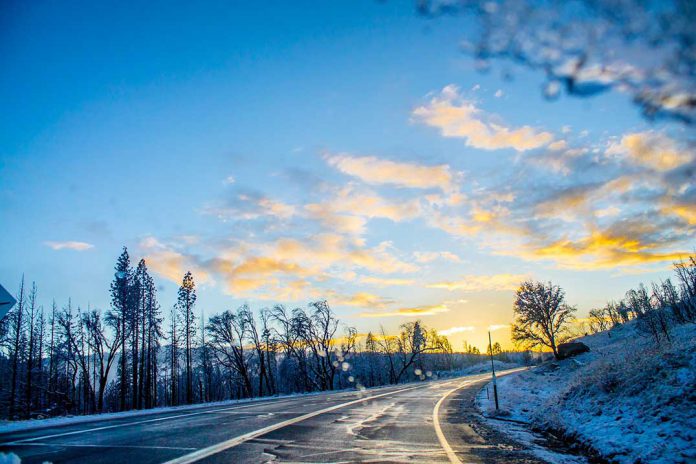 MANITOULIN—A great deal of interest on Manitoulin’s West End regarding a viable transit system for Island residents and visitors was shown during public consultations held in Gore Bay and Mindemoya on November 26 by United Manitoulin Transit. Organizer Guy Dumas and consultant Wally Beck attended the Gore Bay meeting which had an outstanding turnout.

Attending the meeting in Mindemoya were Manitoulin Island Cycling Advocates founders Maja Mielonen and Guy Neilon and Sandy Cook of Kagawong, who is also the coordinator of the Angel Bus.

Mr. Dumas started the meeting by speaking of his desire to keep the Manitoulin transit file open and of interest and introduced United Manitoulin Transit feasibility study consultant Wally Beck, president of Transit Consulting Network. Mr. Beck resides in Keswick and has 43 years involvement in transit which includes 23 years of municipal experience.

Mr. Beck outlined several questions for the discussion. These included the priorities needed for a local public transit service, the areas where the service will succeed, an optional service of a couple of days a week to meet needs or perhaps transit every day is required. Mr. Beck used the example of the transit system in Prince Edward County that started off small with trips three days a week and then went from there. Other topics up for dialogue included what a reasonable bus fare would be, the type of vehicle to be used and whether volunteers could play a role in the public transit service. Mayor-elect Anderson spoke enthusiastically about the number of exemplary volunteers there are on Manitoulin saying, “Manitoulin has an exceptional volunteer base.”

He outlined the benefits of transit which are economic, social and environmental. There is also the ability for residents to remain in their communities and age in place. Public transit also enhances the quality of life for those who do not or cannot drive. The exodus of residents due to lack of public transit would be mitigated.

Ms. Mielonen remarked at the Mindemoya meeting, “I know of two people who are leaving Manitoulin to move to an urban area where they can use urban transport.”

Mr. Beck spoke of the benefits of investing in transit, noting that many studies point to net positive financial return on investment, that there are environmental benefits as we reduce our carbon footprint, that costly car ownership can be reduced and that more residents and businesses would be attracted to Manitoulin, thus increasing the tax base. He also talked about the benefits for the so-called sandwich generation; the people in their 30s or 40s who are bringing up their children but also looking after their parents.

Another topic at the meetings was the status of the community transportation grant. As Mr. Beck explained, a grant submission had been implemented by the Municipality of Central Manitoulin for $500,000 over five years and was approved. Those monies would be equal to approximately 2,000 to 3,000 hours of service per year which would mean 40 to 60 hours per week. The final agreement is not in place, however, due to the change in the provincial government. Mr. Beck noted that, regardless of the grant, the transit feasibility study will look at other forms of funding.

In terms of funding, the Province of Ontario has a  two cents per litre dedicated gas tax. Seventy percent of this is based on ridership and thirty percent is based on population. Mr. Beck noted that two cents of every litre of gas sold on Manitoulin goes to the GTA. He used examples of the effect that this gas tax rebate has on communities and said that Espanola was allocated $12,870 for 2016-2017, while Cochrane received $30,352 for the same time frame.

As well as funding, the transit system would receive monies through donations and would be self-activating.

“So not just government funding,” Mr. Dumas noted. Mr. Beck used the example of receiving advertising revenue by the use of bus benches for companies promotions. “We would be looking at revenue generating,” Mr. Dumas said. “Groceries, parcels, any transit-related revenue.”

The discussions also included possibility of the use of existing transportation vehicles such as taxi cabs and the Angel Bus to facilitate travel in areas where a large bus is not needed and to cut down on ride times. At present, with Ontario Northland transit, the Island bus time is two hours and 45 minutes. Uber was also mentioned but perhaps would cut into the taxi companies’ income.

Ms. Bright put forward the suggestion of having a direct route from Gore Bay to Little Current with feeders coming in from other areas to access this. Mr. Beck noted, with humour, that Ms. Bright must have been reading his material as this very suggestion was in his study.

Mr. Beck also mentioned that in some cases Ontario Works will fund a bus pass for their clients to obtain schooling and so on to get them off the system. On Manitoulin, however, there is a problem for transit for students who want to be involved in extra-curricular events or to want to work part-time.

The Gore Bay meeting highlighted the fact that there are challenges to be met.

Mr. Anderson asked Mr. Dumas if he had done a presentation for the Manitoulin Municipal Association (MMA). Mr. Dumas replied in the affirmative and went on to say that he had also presented the transit information to UCCMM and also to the Wiikwemkoong Unceded Territory. Mr. Addison suggested that the presentations be done again municipally as there are several new mayors on the Island.

Mr. Beck’s transit feasibility work plan contains several steps to be taken and the community-wide stakeholder consultations to understand priorities was the first one. Other parts of the plan include an online survey of residents and businesses, the applicability of best practices, short-list concepts with a working group/steering committee, the finalizing of the five-year transit service plan and the identification of next steps to implementation.

“Transit is an economic driver,” Mr. Dumas commented. “There is a $210 million economy on this Island. If we want to expand that, we could use our GDP as a benchmark and then down the road we can see if a difference was made. A formalized transit system that not only helps the people on the Island but also to attract businesses to come here. We have a lot of benefits here on the Island.”

The public link to the survey can be accessed online at: surveymonkey.com/r/United Manitoulin Community Transit Survey.