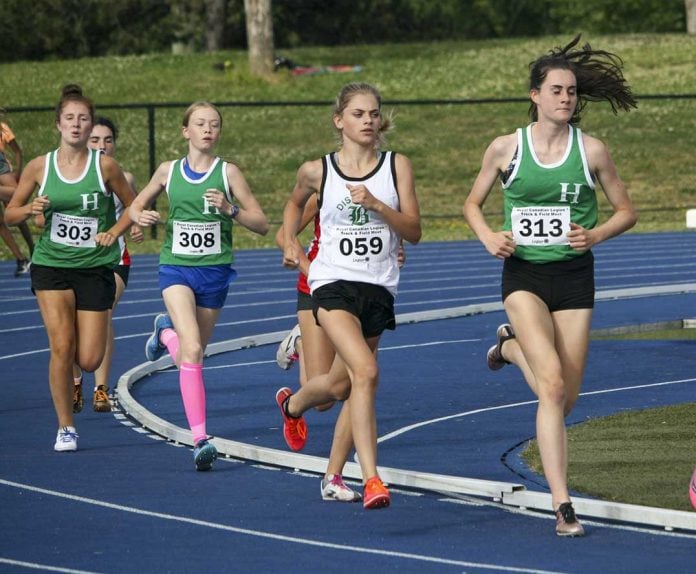 In the midget girls’ high jump, Sophie Hietkamp placed fifth (tied) provincially with a height of 1.45 metres, 10th in the triple jump with a distance of 9.43 metres and 11th in the long jump at 4.45 metres.

In the midget girls’ high jump, Whittier Dwyer-Gauthier was eighth with a jump of 1.40 metres, and 13th in the girl’s triple jump with a distance of 8.54 metres.

As well, Keaton Gauthier finished eighth in the boys’ high jump—a height of 1.6 metres, and ninth in the boys’ triple jump with a distance of 9.86 metres.