MANITOULIN – A canvas of hospitality businesses on Manitoulin provided some silver linings on the state of the industry on the Island during the summer months as businesses are reporting strong bookings despite issues surrounding the pandemic. The news reflects tourism data coming in from across Ontario as travel is up across the board.

“We have been seeing strong numbers,” said Louisa Mursell, executive director of Ontario by Bike, who was on Manitoulin enjoying the Island with her boyfriend and staying on Lake Manitou for a few days. “This is a wonderful place,” she said. “I really want to come back.”

Returning customers are a big part of the mix when it comes to filling up rooms during the summer season, but some established businesses are deliberately reducing their business in order to maintain safety for customers and staff.

Things are going better than might be expected, according to Shirin Grover, proprietor of the Meldrum Bay Inn. “We are running at 35 percent, but that is our own decision. We sat down at the beginning of this and established that we need that to cover our costs, as long as we don’t lose money we will be okay. We are able to stay extremely careful and that is okay with us.”

Ms. Grover noted that there is definitely a lot of extra cleaning and disinfecting going on this season. “Seats, counters, chairs, sheets—not just one layer but all the way down to the mattress—it costs a lot more, but you can’t put a price on safety,” she said.

The Meldrum Bay Inn is “absolutely full to capacity,” said Ms. Grover. “We have repeat guests who are calling to book and who are changing their vacation plans to come later in the year.”

“We lost about $1.5 million earlier in the season when the pandemic first hit,” said Manitoulin Hotel and Conference Centre manager Corey Stacinski, “but we are experiencing very normal numbers for July and August.”

The numbers have proven to be quite a surprise for the hotel and its board. “We really thought that we were linked to the events taking place on the Island,” said Mr. Stacinski. “But Haweater, the Wiikwemkoong Powwow, Manitoulin Country Fest and Rocking the Rock, all the big events are cancelled this year and we are basically doing the same business we did last year at this time.” The hit the hotel is taking is coming from cancelled weddings, catering and other major conference hall bookings.

When Matt and Laurie Stillwaugh, proprietors of Sheguiandah’s Whitehaven Cottages, first saw the pandemic looming, they were very concerned—a major portion of their clientele come up every year from the US and travel restrictions put everything up in the air.

“We tried to be respectful of everyone’s reservations,” she said. “Our Americans were very understanding even before they knew what the restrictions were going to be.”

The close bond between the Stillwaugh and Strain families and their guests has been built up over generations. “They are like family to us,” said Ms. Stillwaugh. “They didn’t want us to be scrambling at the last minute to fill the cabins.”

Rather than wait until the last minute, their American clients pushed their reservations to next season, opening the space up for more local guests. “They were disappointed, of course, but they understand and given the situation down there, they also didn’t want to be bringing the virus up here either.”

Within a few days of posting a single message online announcing availability, the calls began coming in.

“We originally opened up for long term guests,” explained Ms. Stillwaugh. “We figured, there are people who need a place to stay, we can make our cabins available. When things opened up more, we started booking shorter rentals.”

The length of stay has varied from what the couple usually experience. “This is a different summer, for sure,” she said, noting that the US groups come up for extended stays. “Now we are booking for two, three and four weeks.”

It has proven to be a great experience for the couple as they are meeting a lot of new people. The downside is that those people are seeking to book for next year, when the American clientele is slated to return.

“We are already booked 100 percent for next year, from mid-June to the last two weeks of August.

But the new folks are largely understanding and are booking into the shoulder season.

Timberlane Rustic Cottages in Central Manitoulin is another operation which caters to a large American clientele. Co-owner Petra Wall notes that the resort has been in operation for more than a century and this may well be the most challenging times it has faced. “We have owned it since 2007,” she said. “It has always been challenging, given the short season we have here and, to be frank, people just don’t charge enough on Manitoulin Island.”

The larder was completely dry in May and June, and things were looking the same for July until things opened up. “We didn’t have anyone,” said Ms. Wall, who noted that the American clientele were very disappointed. “Some of them have been coming here for 40 years,” she said.

Things rapidly filled up once stage three opened up, however.

“We keep each cottage empty for a week between bookings,” said Ms. Wall. “It saves having to take out all of the books and every knick knack. The cleaning staff go in just before the new guests arrive, so it’s safer for them too. We don’t want to risk anyone’s health.”

To that end the resort is not providing any food this year either (normally served buffet style) and guests are bringing their own towels and pillows. “It’s hard to sterilize a pillow,” noted Ms. Wall.

Timberlane is banking its fortunes on next season, but thanks to a combination of inherent savings from the food service and the robust demand that materialized to fill the gaps left by the missing Americans, the season is actually looking much better than had been anticipated.

“Things are going great,” said Irene Cornish of Providence Bay Tent and Trailer Park. “We are booked up to date and other places are calling us looking for a spot for people they can’t fit in. I feel bad for people who haven’t been able to find a place so I try and fit them in.”

The need for physical distancing makes that a challenge sometimes.

Ms. Cornish said that she has found the people very understanding and accommodating. “I think people are just so grateful to be able to be get out,” she said. “One little girl was so precious, she said that she didn’t want to go back home. It just about made me cry.”

The resort operator said that she felt the pandemic had “opened a lot of eyes” to the wonders that can be found close to home if one only takes the time to look. Simple pleasures like being able to go to an uncrowded beach are not readily available to those living in cities—even here in the North.

Another hit for the hospitality sector is coming from the cost of personal protective equipment and additional sanitizing chemicals. “I asked bookkeeping to back out the PPE costs for March as much as we could get it,” said Mr. Stacinski. “They came back with a figure of $15,000. I said ‘you mean $1,500’ and they said ‘no, it’s what we spent.’ I have never spent that much in my 30 years in the industry.”

Mr. Stacinski said the one government program that is saving the hotel’s bottom line is the federal government’s extension of the wage subsidy to December 19. “That is what is going to help us get through the year,” he said. “Without that, I am not sure where we would be.”

Like many of those in the hospitality industry, Elizabeth Welnar of Manitowaning’s Wayside Motel Manitoulin is concerned about a possible second wave. “My biggest worry is if the second wave hits early, it will be very difficult,” she said. “But if I can survive until September.”

For the Wayside, bookings began to ramp up shortly after Canada Day and quickly filled up until the end of the month. She did not cut back her bookings, but is diligently following the advice of experts.

“It is definitely a lot more work,” she said, “especially in the laundry. But it’s so far, so good. Everybody just needs to stay safe, stay healthy.”

One lesson Mr. Stacinski hopes is taken away from the pandemic is that more concentration on the shoulder seasons should be a focus in new events. “We saw how that can have a positive impact with the Bob Izumi thing in February (the Manitoulin Ice Showdown, a partnership between The Expositor and Wiikwemkoong Tourism),” he said. “We were fully booked in February, and that’s not something that happens at that time of the year.”

As for the future, bookings for weddings and other events at the conference centre are already coming in for all the way up to 2023.

Even those businesses that traditionally catered to a predominantly American clientele and which saw a flurry of cancellations early in the season had their bookings rebound dramatically with domestic bookings when the summer months arrived, a phenomenon they suggest was linked to a pent up demand from people “cooped up” during the pandemic. 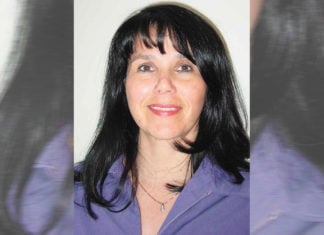